Love chilling and spending time with your dad? Well, then we have just the right Bollywood movies that you can watch with your dad this Father’s Day! Most of these below mentioned movies portray the beautiful bond that children share with their fathers. Most of these movies have a fun element, however end up striking your emotional chord. So, grab on some popcorn, watch these Bollywood movies with your dad and make the day truly special with this quality time!

Check Out These Amazing Bollywood Movies That Will Make Your Father’s Day Worthwhile!

Piku is that movie which has to be at the top of your list! The heart touching father-daughter bond that this movie portrays is beyond beautiful. The movie shows how to love your parents when they are at an age when they get irritated and behave child-like. It touches an emotional chord of how with age even the strongest father is dependent on his daughter, and no matter how whiny he is, the daughter understands him and is his strongest support. 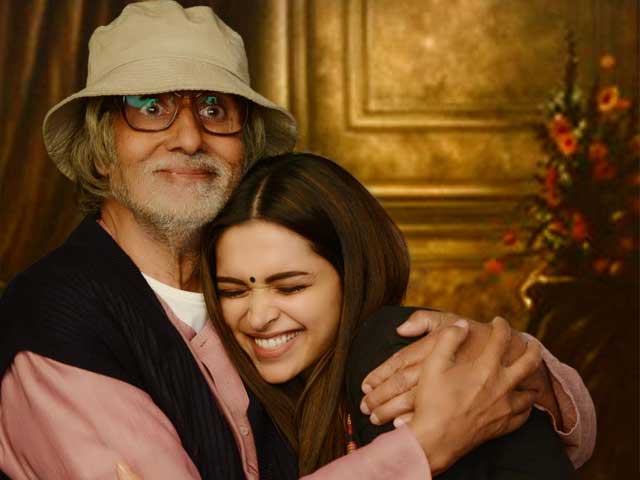 This fun movie featuring Saif Ali Khan and Alaya Furniturewala shows father-daughter bonding beautifully! The movie revolves around Alaya who shows up on Saif’s door claiming she’s his 21-year-old daughter. Jawaani Jaaneman is a movie that picks up instantly as Saif is a party animal who lives in denial that he is her father, but ends up taking a paternity test only to prove that he indeed is her father. The movie beautifully shows how the father and the daughter bond on little things and get to know each other. From living in denial to accepting her and emotionally connecting with her, this movie will leave you in feeling all mushy and teary eyed! 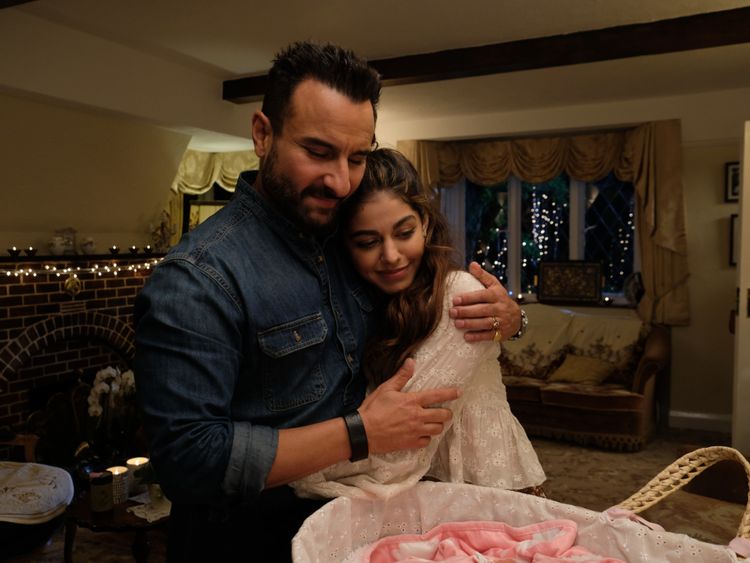 Check out these types of Bollywood fathers that we can easily relate to our fathers.

Packed with thriller and suspense, Drishyam is movie that you and your dad will love watching together. This movie beautifully portrays how a father can go above and beyond to protect and take care of his children. After being stuck in a soup of an unexpected crime, the father tries every trick in the book to get his family out of trouble. Drishyam is sure to leave you appalled and at the edge of your seat till the end of the movie. A worth watch with your day this Father’s Day! 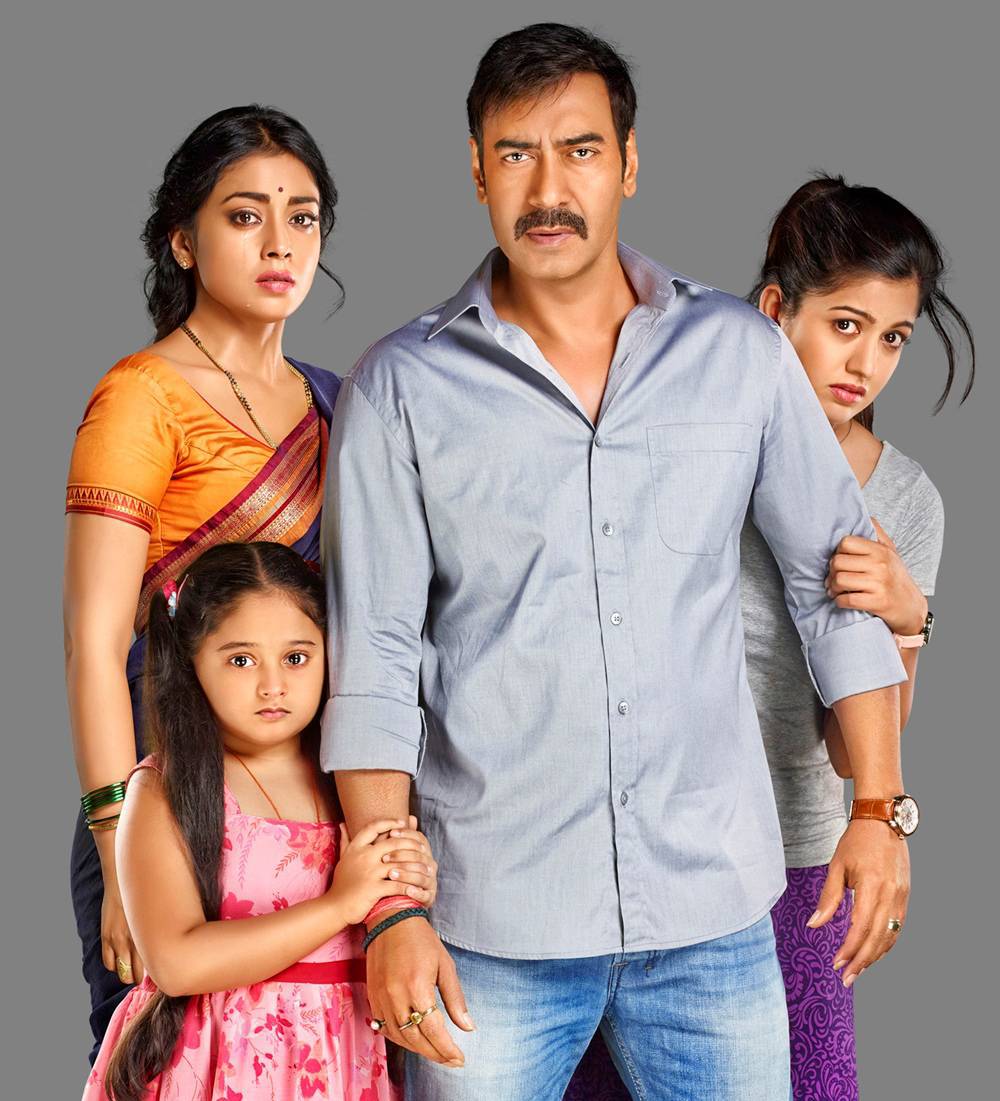 Just as the tagline of the movie states that ‘”Maari chhoriya chhoro se kam hai ke?” shows how a father treats his daughter. Dangal shows you how fathers are the people who are best at recognizing even the hidden talents within their children. The movies makes you realize how your father is the proudest when he sees you succeed in life and how he is your biggest cheerleader too! 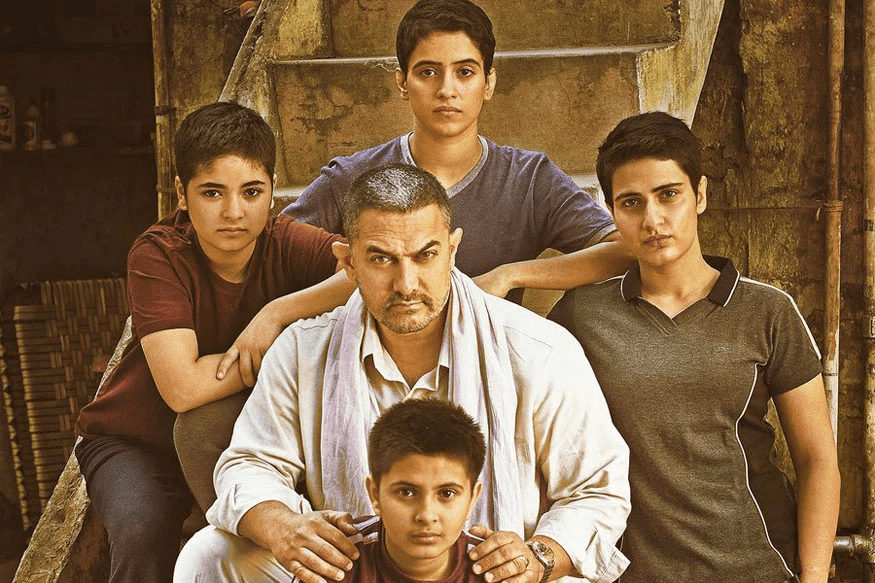 Irfan Khan’s last but a heart-warming movie, Angrezi Medium tells the tale of how a father can go to any extent to fulfil his daughter’s dream. The movie is all about the father being the wind beneath his daughter’s wings. Watching this with your dad on Father’s Day will make you want to hug him throughout the movie just to thank him for being the pillar of strength in your life. 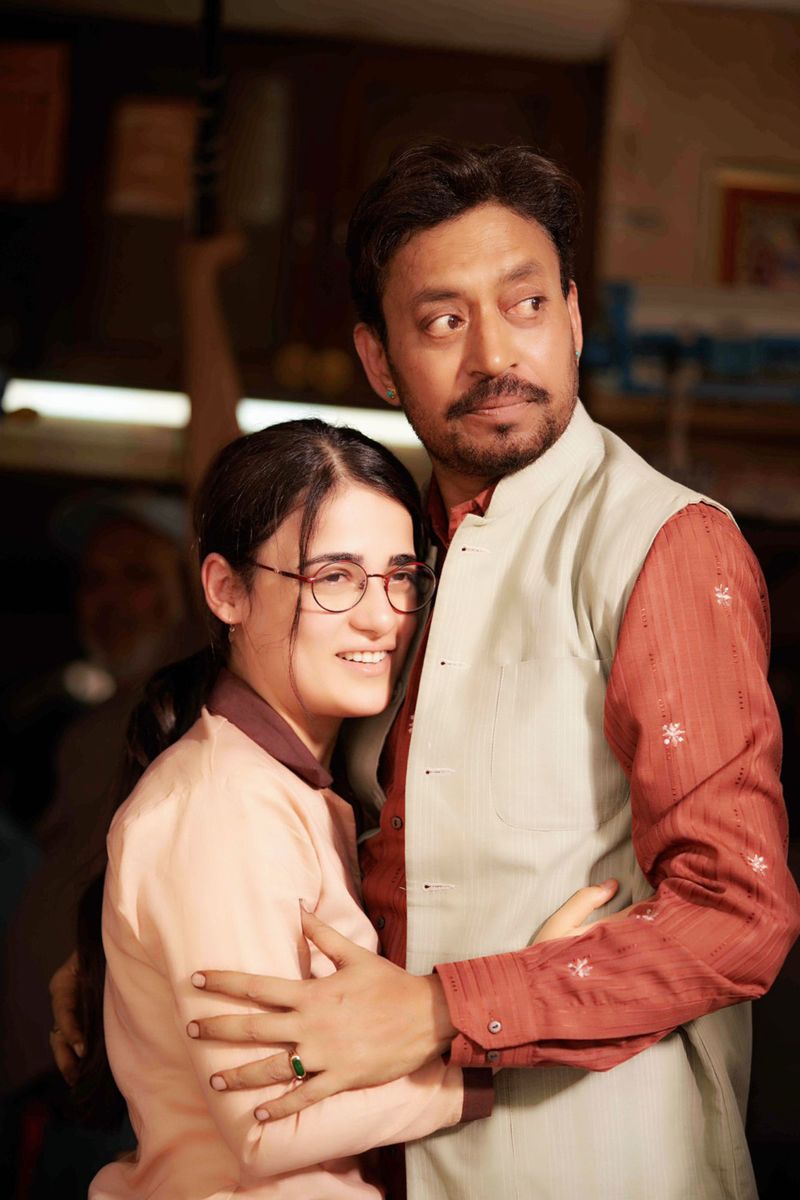 Also, check out the 10 things that go on in the mind of the father of the bride.

Amitabh and Abhishek Bachchan’s iconic movie Paa not only threw light on the rare genetic condition – Progeria, but also left us moved at the beautiful father-son relationship. Moreover, Paa is a simple story with its heart in the right place. It will lightly tug at your heart strings and leave you with a smile. Udaan is yet another movie that cannot be missed. This movie narrates the tale of a teenage boy’s estranged relationship with his drunkard father, who beats him up out of frustration. He marries several times totally ignoring his kids and leaves them alone in the hostel to take care of themselves. The movie gives a strong message of leaving those people who don’t understand love and embracing those who need our love. 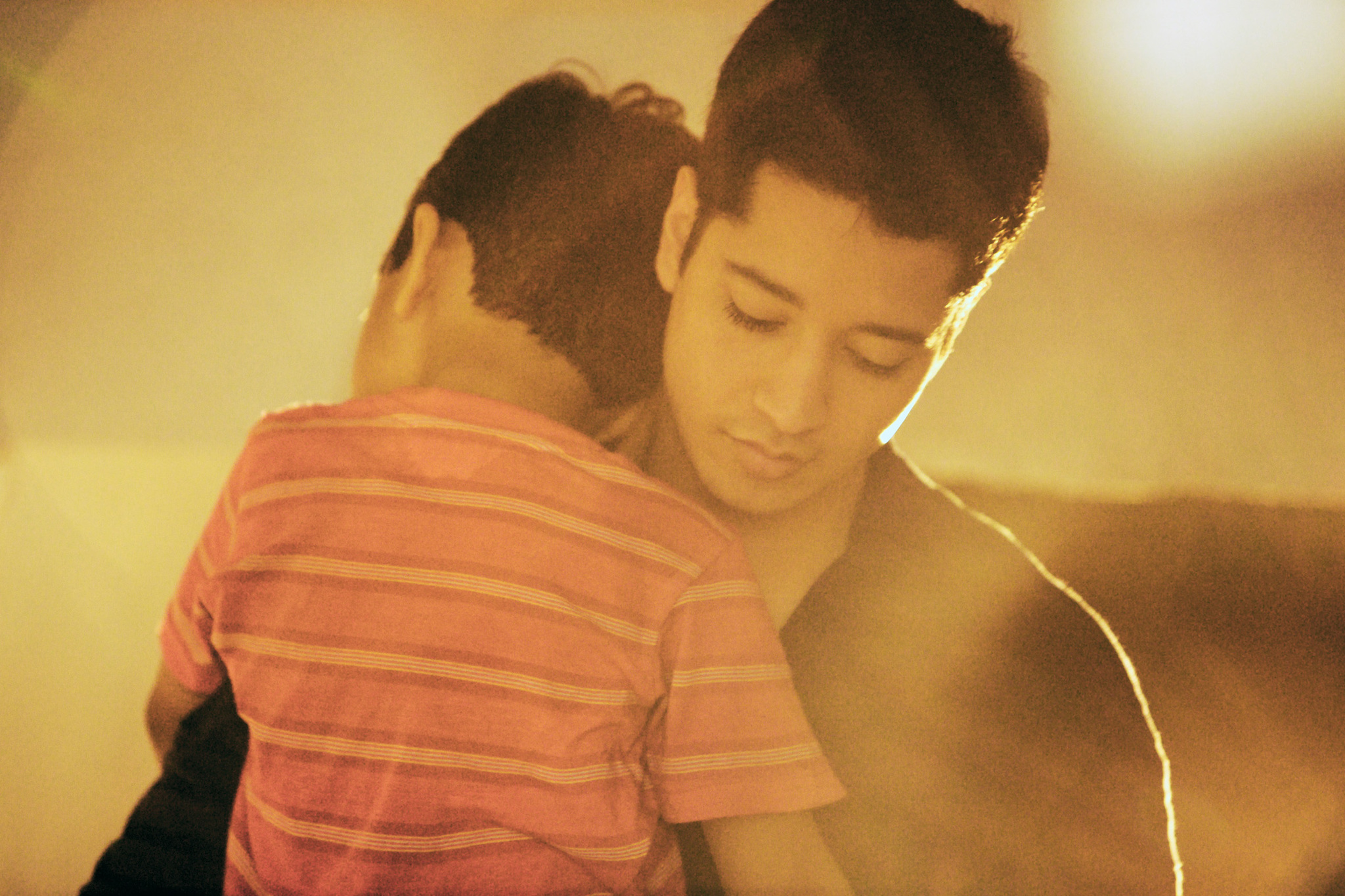 Check out some of our favorite groom and father shots for inspiration!

One of the most underrated movies of Sushant Singh Rajput is Chhichhore. This movie shows his beautiful transformation from being a fun-loving collage guy to a responsible father. Sushant lived this role as a father who teaches his son how failure is a stepping stone to success, makes for an entertaining watch. This film is a perfect dose of inspiration when life throws a challenge at you! The amazing father-son bond shown in the movie will move you! 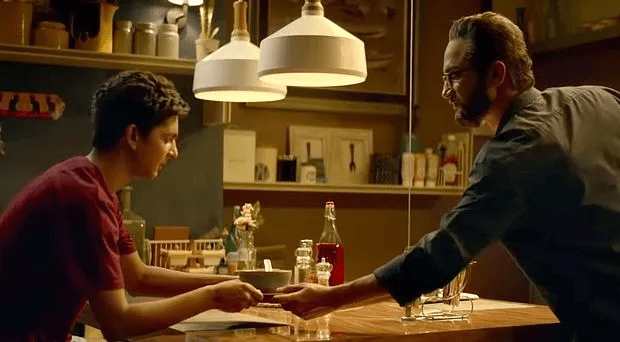 Amitabh Bachchan and Rishi Kapoor starring 102 Not Out gives you a glimpse of an unusual father-son relationship that will for sure leave you in splits. Amitabh plays a ‘cool’ dad of 102 years old to Rishi Kapoor’s grumpy character who is 75 years old and is sad and depressed. Also, the cocky banters that the two share will leave you feeling warm and their endearing performances add to it! Every minute of this movie is full of unalloyed emotional bonding between father and son. 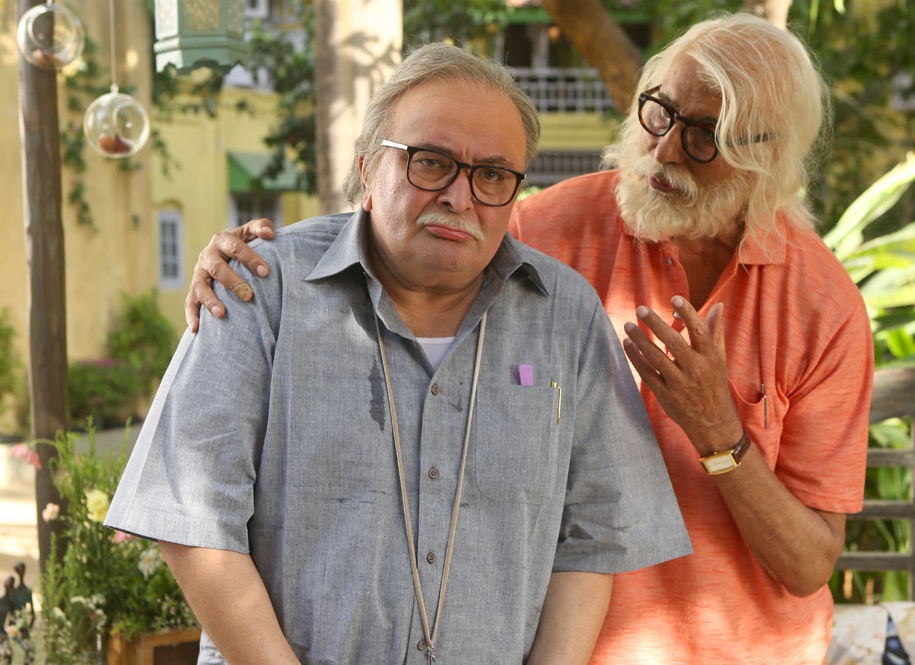 If you are in the mood to watch a film from early 90s then Akele Hum Akele Tum would be a perfect pick. Aamir Khan’s portrayal of a single father who learns how to bring up a child makes for a heart-warming watch. Despite his failing career, Amir struggles to keep up by selling his best songs at a throwaway price. All of this just so he can battle the custody of his only son. The emotional movie has a sweet and happy ending which makes the movie a great watch! In fact, there are some amazing songs in the movie too which we are sure you will thoroughly enjoy! 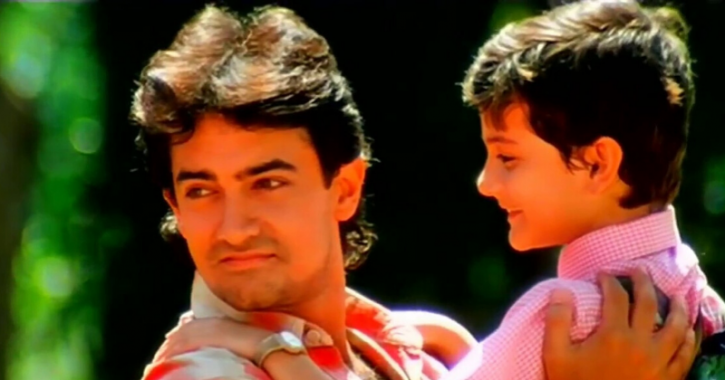 So, here are some Father’s Day gift ideas for all the tech geek dad out there.

Also, Don’t miss out on ShaadiWish approved wedding curators for you big day. 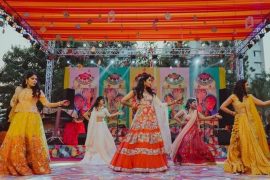 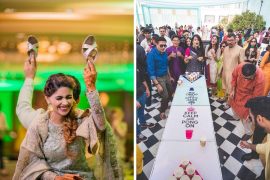 Fun And Cool Wedding Games To LIT The Festivities 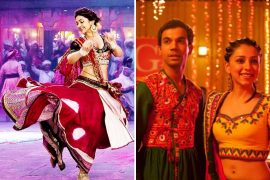 Navratri Garba Songs To Sway To This Festive Season 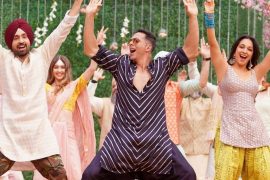 Akshay Kumar Wedding Songs That Are Perfect For Every Function 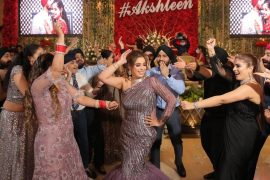 Top Wedding Choreographers In Delhi NCR For Some Rocking Performances 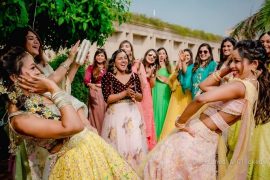 10 Ladies Sangeet Songs To Get You & Your Girls Groovin’