It’s the pride month and there is no better time to celebrate and honour some heart warming love stories. These TV shows and series that promote LGBTQ community have totally left a mark upon us and managed to steal our hearts in every possible way.These beautiful stories teach us that ‘Love is Love’ and all shades of it are beautiful no matter what gender, caste or color they belong to.

David and Patrick’s beautiful love story was literally the essence of the show. Their relationship makes you aware of what love actually is and we bet you will be in tears once you witness their pure affection for each other.

Save this gorgeous wedding of a same-sex couple in Virginia.

Detective Rosa Diaz was a bisexual icon and is admired by everyone for her incredible role in the show. She has proven to be a role model for many and her character makes everyone relate with her easily.

Being a show from the early 2000’s, it showed a LGBTQ relationship that captured hearts. Callie Torres and Arizona Robbins made it normal for everyone to come out and express their love for whosoever it is.

Levi Schmitt and Nico Kim from Grey’s Anatomy are another pair who makes us go gaga over their brilliant chemistry. Nico and Schmitt might be the next big gay Grey’s Anatomy couple after Callie and Arizona.

4. Never Have I Ever, Netflix

‘Never Have I Ever’ is a teen comedy with every aspect of a teenager’s life. The show casts ‘Fabiola’ who is on the verge of discovering that she is a lesbian and has to come out in front of her family and friends. A must watch for a light-hearted teen comedy.

Bani J’s character ‘Umang’ from ‘Four More Shots Please’ was a badass one and she did full justice to it. Don’t you agree? We literally binge-watched both the seasons and we love how well she connected with her character and had the audience go gaga over her.

Eric Effiong from the series has done his part exceptionally well. He has celebrated himself being a gay in the show so well and is truly admired for that. His attire and fashion sense in the show has inspired many and we are all hearts for him.

How these gay couples in Sabyasachi outfits nailed their wedding look.

7. Made In Heaven, Amazon Prime

Made In Heaven was another hit Indian web series, making the character ‘Karan Mehta’ the heart throb. The series not only reflects the love story but apart from that also shows how ‘LGBTQ’ community is treated.

8. Orange Is The New Black, Netflix

Alex and Piper from the series captured the hearts of the audience with their impeccable role and their sizzling chemistry. The series truly changed the queer representation on TV and helped many to come out in front of their family and friends.

So, now get ready with your popcorn and binge-watch these amazing series that have had an impact on everyone. Each and every one of them is unique and will please your heart.

Don’t miss out on ShaadiWish approved wedding planners for your big day. 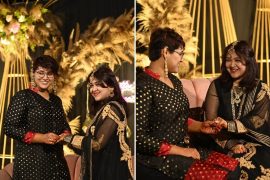 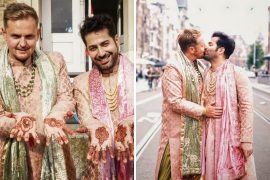 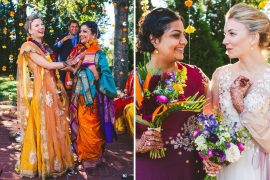 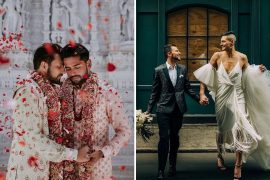