Pooja and Shashank had the most gorgeous cross-cultural Indian wedding and we are super impressed. Two MBA graduates from two contrasting cities and cultures of India, who met in the habibi land, Dubai. Really, if you aren’t already thinking about “Two States”, then you don’t exactly qualify as a Bollywood fan.

The Punjabi-Marwari couple always wanted to have a quintessential big fat Indian wedding, so they most definitely had one and their cultural differences made it all the more extravagant as they went ahead to have not just one but two weddings. It was a mad and epic never ending string of parties which lasted until early wee hours.

So clearly the wedding was just as dreamy and fun as it sounds and the pictures from their wedding are absolutely mesmerizing and 100% pin-worthy.

The couple left no stones unturned in making their pre-wedding festivities and reception just as fun and every bit special as their extravagant weddings. Everybody knew a little about the opposite side’s marriage customs through movies and TV shows but experiencing it all in reality was more surreal than anything.

The couple and their family had a fun series of events to celebrate both their cultures & backgrounds as they thoroughly felt connected with the cheery vibes and these pictures precisely narrate their zealous energy and excitement. 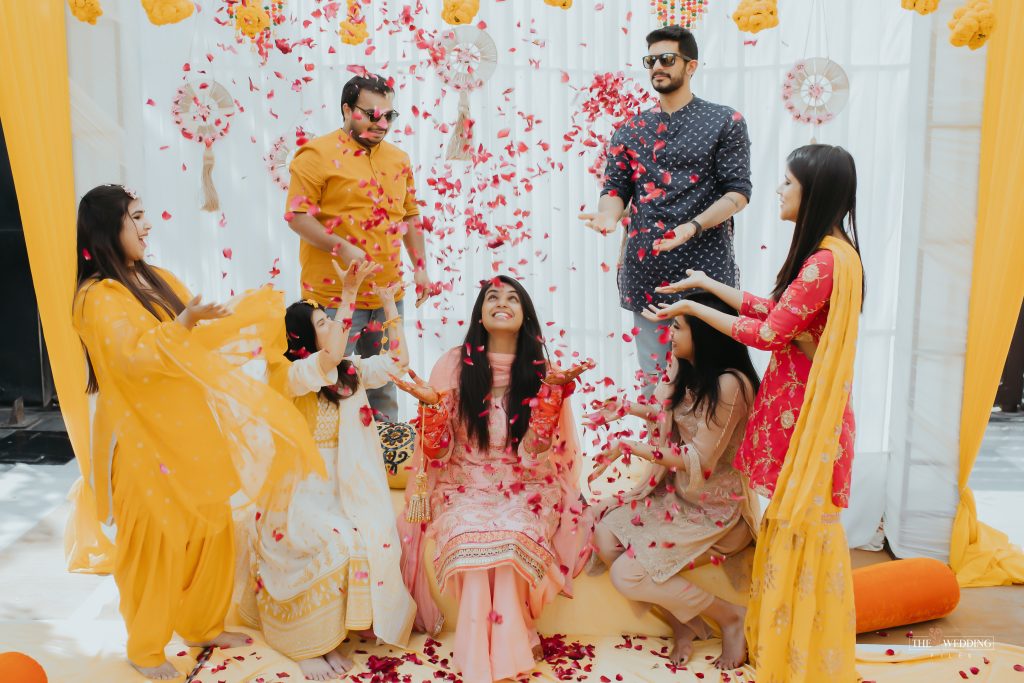 2. Their Pre-Wedding Shoot In Dubai Is  Setting Major Goals

Since the couple’s love story unravelled in Dubai, it had to be a part of their pre-wedding shoot and they utilized the beauty and essence of the city to its fullest. Their biker looks for one shoot is uberly cool and simply an out of the box idea for a fun pre-wedding shoot that all the couples should definitely take notes from. Be it getting clicked under the shimmery city lights of Burj Khalifa or the quintessential romantic photoshoot in the beautiful expanse of a desert, the couple did it all and we are crushing over these pictures super hard. 3. Pooja As The Beautiful Sabyasachi Bride

Even before her wedding was fixed and planed, Pooja always knew she had to be married in a red Sabyasachi lehenga. It was her childhood dream and her parents made sure that  she didn’t settle for anything less.

Pooja vivaciously carried the elegance of a Sabyasachi bride in her gorgeous Sabyasachi red lehenga with utter grace. These pictures of her in her pristine magnificence is simply ethereal. 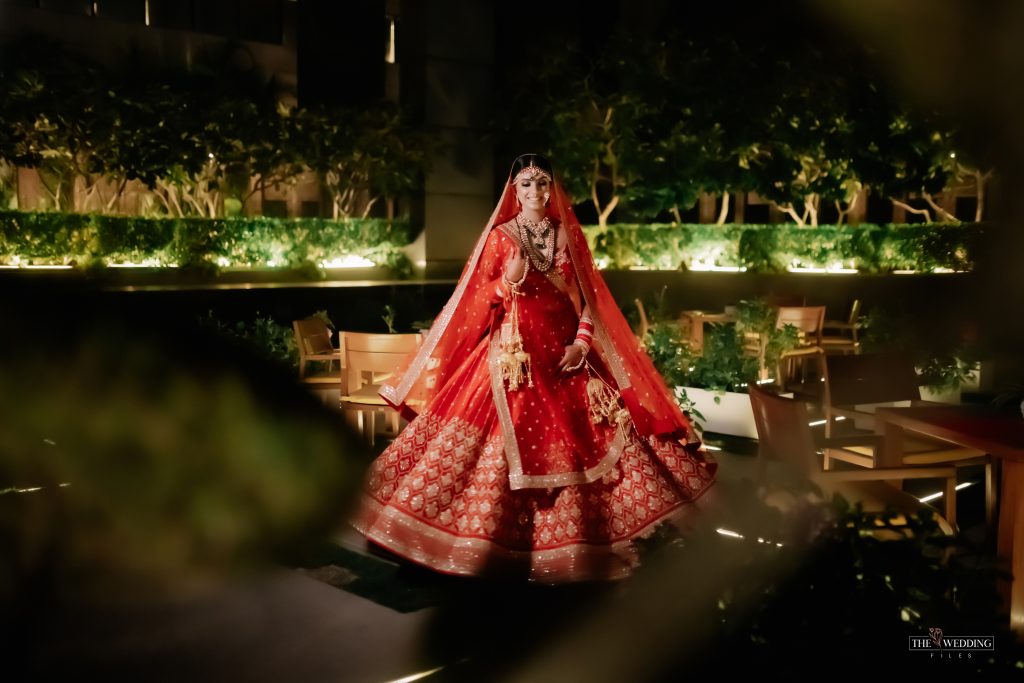 Check out this another real bride who sported a classic red sabyasachi lehenga for her wedding.

Hair: Makeup And Hair By Rohan

Don’t miss out on ShaadiWish approved wedding photographers for your big day.

A Small Wedding In Delhi With Gorgeous Bridal Dresses 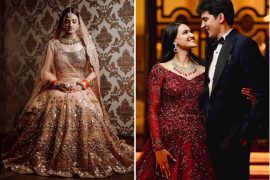