Sacred Games is all set to go on air with its 2nd season and we are excited more than ever. It was just last year when Netflix launched it’s first Hindi web series and it won everyone’s heart. Known as India’s very own version of Narcos, the show gave us some iconic characters of Sartaj (Saif Ali Khan), Ganesh Gaitonde (Nawazuddin Siddhiqui) and Guruji (Pankaj Tripathi).

We know that every fan has often wondered what it would be like to meet these characters in real life. Well, if you live in India then you probably have already met some of Sacred Games characters at the weddings.

Here are some of the Sacred Games characters you would find at every Indian wedding: 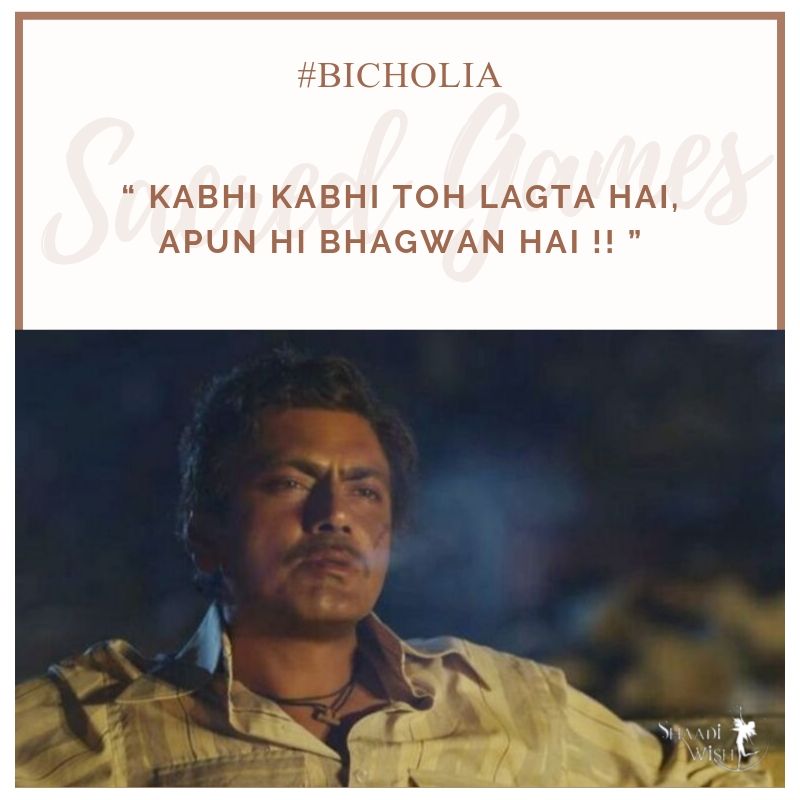 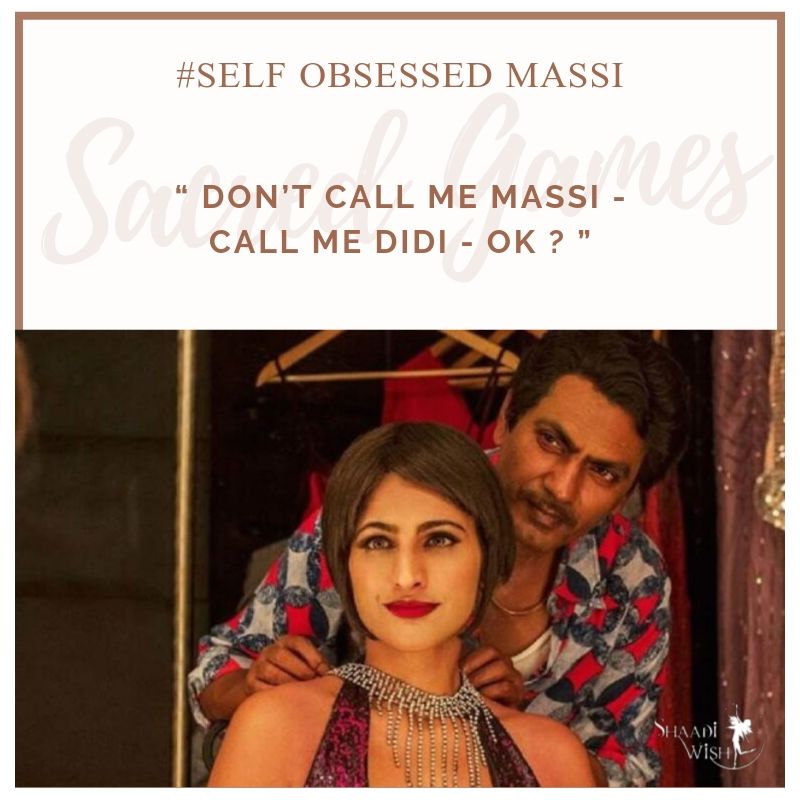 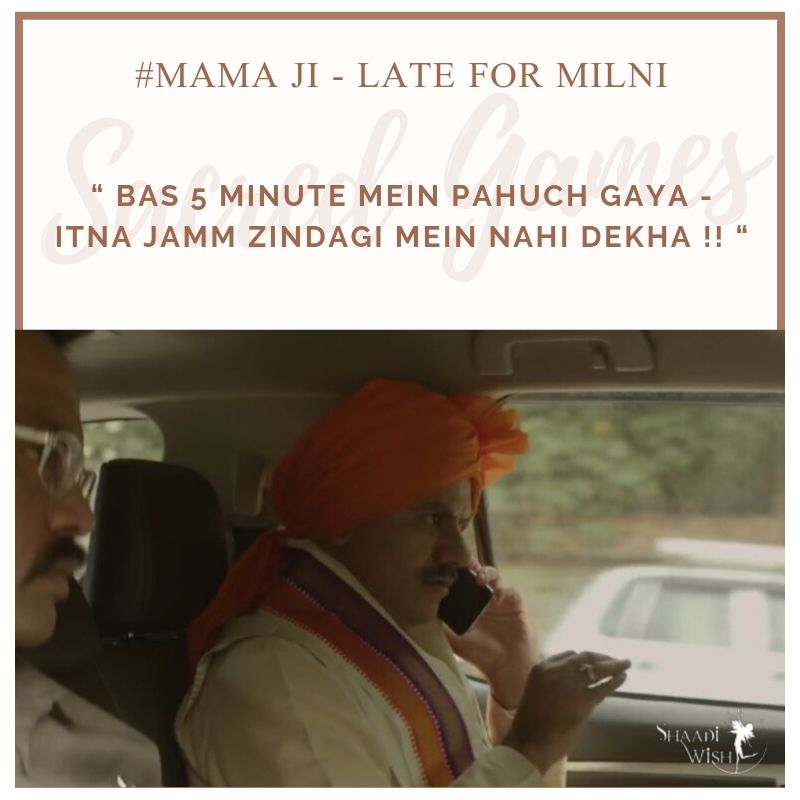 An Indian wedding is the only place where you can meet so many characters. Their faces might be different but the way they conduct themselves is very similar to the fictional characters.

Also Read: Game Of Thrones Characters You Would Find At Every Indian Wedding. Funny And Annoying Things Uncles Do At Weddings

6 Times Mahira Sharma Proved She is A Real Fashion Diva