Colombian emeralds are green-colored beautiful gemstones, located in the mines of Colombia, Northern South America. Northern South America is the country, which produces and mines these good-looking stones. Most of the emeralds mined from this country are the most desirable gems. Colombia is famous for its secret mines of these classy emeralds. These are the finest and expensive forms of emeralds. 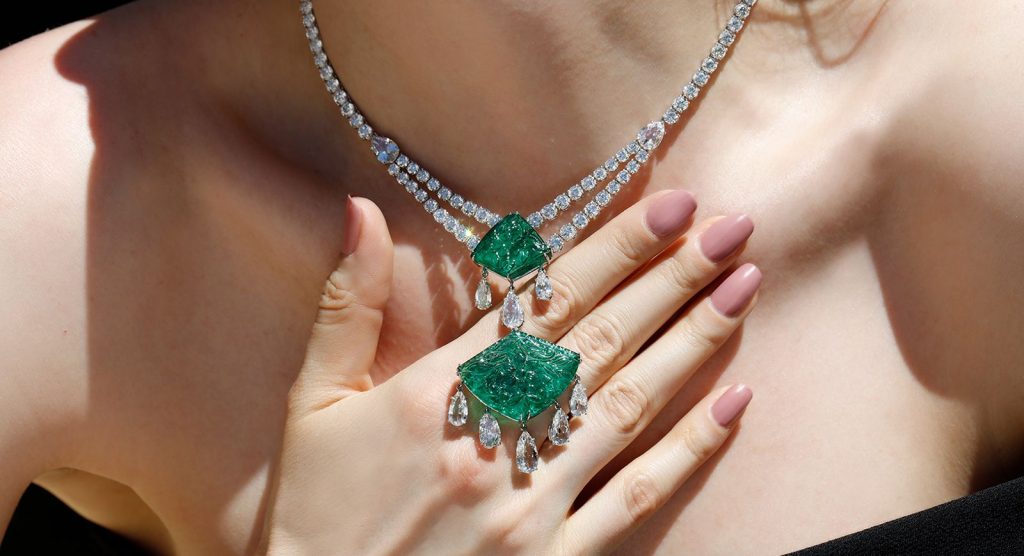 All You Need To Know About Colombian Emerlads:

Colombian emeralds are seen in the most beautiful, darker, and warmed intense pure green color. We can identify it because of its bluish-green to the strong green tone of color. It can be in the lighter tones of green but the most valuable and expensive emeralds are in dark bluish-green hues colors. Even you can determine its authenticity from its color, hold your emerald in the light if its color is bluish-green it’s a real gem, but if its tones are yellowish or brown it is most probably a fake emerald.

Emeralds were known as the most expensive and valuable gems, for many centuries. In ancient Egypt, the first-ever emerald was considered. Queen Cleopatra used emerald as a piece of jewelry. In ancient Egypt, it is believed that these Colombian Emerald increased intelligence, protected marriages, ease the process of childbirth.

There was a myth related to emeralds, the two everlasting human beings, a man and a woman was created by the Muisca god named Fura and Tena, to increase the population. The only restriction on them was to remain loyal to each other, but the woman did not remain faithful so the god has taken away the immortality from them, they become old very soon and died eventually. Make them two cliffs, after that the tears of Fura became emeralds. Now those two cliffs are at the height of approximately 840 and 500 meters, above the Minero River valley. Those cliffs are near the mines of Muzo, where the largest mines of Colombian Emeralds are situated. Those cliffs are known as the guardians of Colombia’s Emeralds. 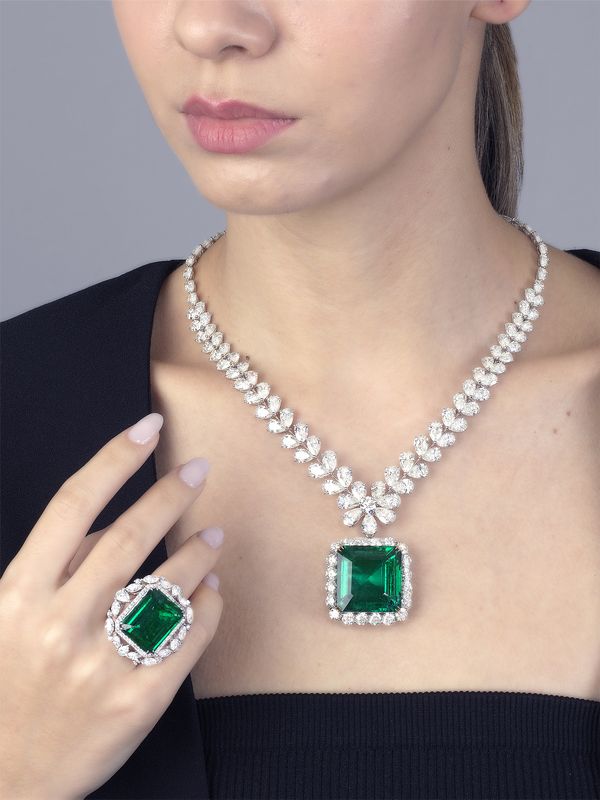 The emeralds that come from Colombia set the rates of these emeralds trade because in the market 90% of emeralds come from Colombia. The emeralds come from the other location not as valuable as the emeralds come from the Colombia mines. Even the Colombian Emerald can be 50% more expensive than the other emeralds that come from other places, like Brazil or Zambia. The main factors for the price determination of these gems are based on the color, cut, clarity, and carat weight of the gem. Just like the gems, emerald prices also go up and down over time. Nonetheless of size, a dim-colored gem can not be more valuable than the bright green-colored emerald. The cut of the emerald does not matter a lot, as the gem cutters can balance the shape, according to the weight and carat, but the better cuts price higher as compared to ill cut gem even though if those are at the same carat weight.

The cost of the gem also depends upon the size, as bigger the size as higher the cost.

Areas of mining in Colombia

Most of the Colombian mines are situated in the eastern part of Andes, between the Cundinamarca Boyaca. Muzo, Coscuez, and Chivor are the three biggest mines in Colombia. Two Colombian companies have the rights of mining, on the long-term lease from the government, of the Muzo and Cuscuez mines. Chivor is a private mine. The biggest and most important mine is Muzo. 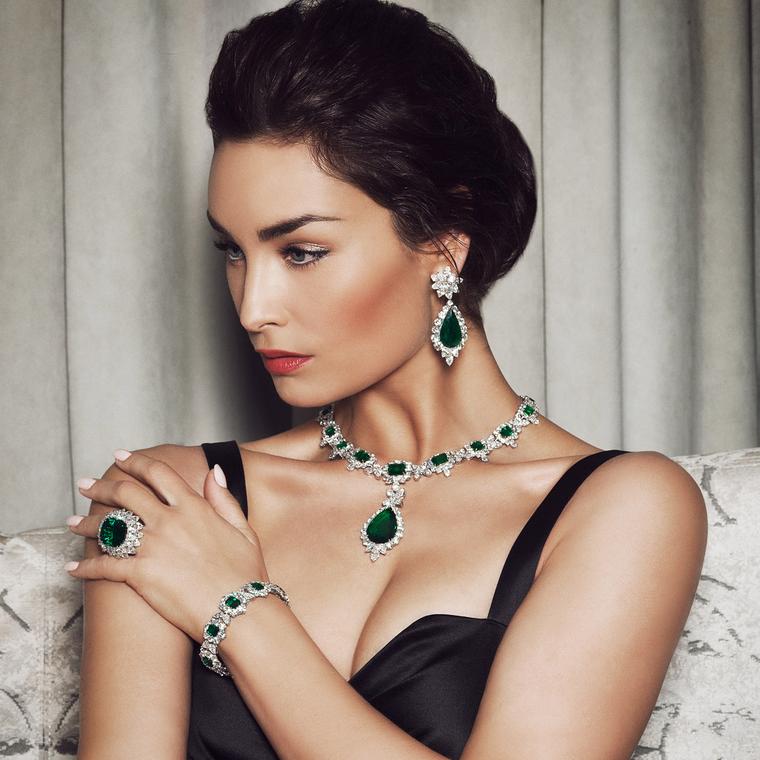 The Muzo and Chivor are not only the names, they describe the color and quality of emeralds by these names. Muzo means to the grassy green, warm emerald with little bit shades of yellow, on the other hand, Chivor defines a dark green color.

In Colombia, there are many other small mines, instead of these three, from where different quality emeralds are mined but they are less in quality.

The civil war started in the mid-1950 that is not finished yet in Colombia. Because of this war, thousands of people died, millions of people were displaced. The Trade of Colombian emeralds is the reason for funding this war. The demand for Colombian emeralds is at the highest, by which millions of annual funding are available for wars. The illicit groups sell emeralds illegally for funding to pursue their demands.

With the high demand on the international level, Colombian emeralds begin a large illegal trade. Guaqueros is a specific name for smugglers of Colombian emerald. They steal the gems from the mines, or from the houses where emeralds are stored near the mines. The activities of these loots monitered by local police, but punishments are shorts and arrests are usually infrequent.

Zuber is the creator and design director of IMZUBER, a digital marketing company specialising in jewellery. He is driven by a desire to empower and encourage jewellery entrepreneurs and creators. In addition, he is the presenter of the happy jewellery Marketing Seminars.

Don’t miss out on ShaadiWish approved wedding accessories for the big day. 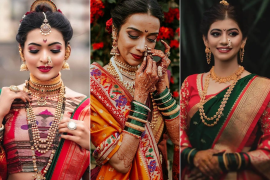 30+ Maharashtrian Jewellery Designs For Brides To Be 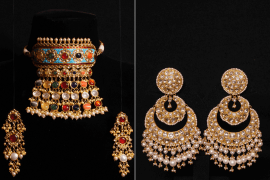 Shop For Most Exquisite Heritage Jewellery From Neelima Jewels 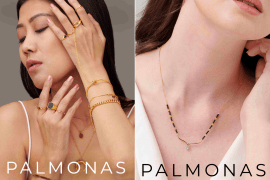 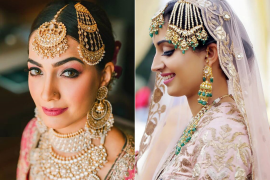 Make Way For The Trending Passa Designs For 2022 Brides 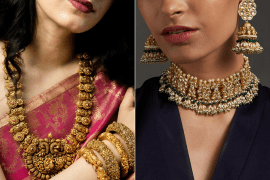 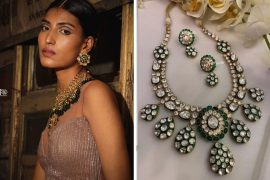