Recently, Neeti Mohan and her sister gang were all over the social media for all the right reasons. The Mohans are the most talented sisters in the entertainment industry and they had a blast when one of them got married. The eldest of the Mohan sisters, Neeti Mohan tied the knot with Nihaar Pandya on 15th February 2019. Her pre-wedding events began a day before and their respective houses were filled with faces smiling from ear to ear. The Mohan sisters are a pack of wolves who stand by each other’s side no matter what. Before the wedding festivities began, the sisters had a fabulous bridesmaid photoshoot which soon became #sistergoals for the rest of the world.

The sisters believe that strength is in unity and they showed its power again at Neeti Mohan and Nihaar’s wedding.

Taj Falaknuma, Hyderabad was chosen as the wedding venue and the most beautiful thing about that night was the bridal entry. While every bride dreams of walking under the phoolon ki chaadar with her brothers, Neeti Mohan made her bridal entry with her sisters. She came under an elaborate phoolon ki chaadar holding the hands of her sisters Shakti and Kriti, while Mukti accompanied them as their pillar of support. All the eyes were on the bride and her sisters as they descended from the stairs.

Neeti Mohan looked fabulous in her Payal Keyal lehenga with floral zari work. The Royal Jewels designed her bib-style choker, mathapatti and earrings. The sisters of the bride looked as beautiful as ever. While Mukti for a pink lehenga from Payal Keyal’s collection, Shakti wore a hand-embroidered saree, designed by Kalki Fashions.

It is not a secret that Mohan sisters share one soul and it seems like Nihaar is now a part of it. The Mohan sisters never shy away from showering their love on him and he does the same. He shared a photo of himself with the sisters and captioned it as ‘Hum Paanch’. 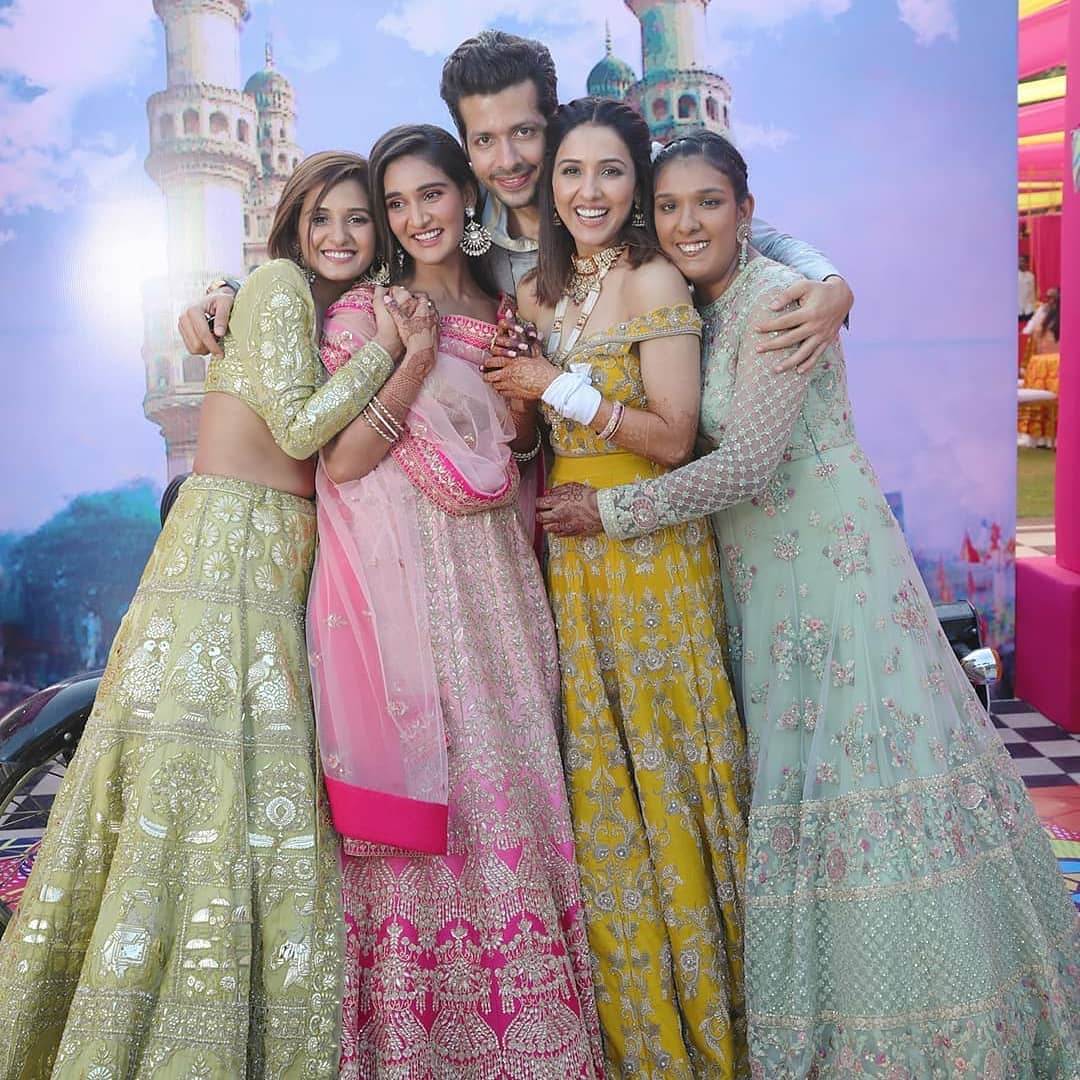 The newly married couple hosted a wedding reception for their friends and family members. The new bride wore a traditional red saree for the occasion and her husband looked dapper in a white silk kurta with a bandhgala jacket.

The Mohan sisters have become the true emblem of unity and strength. The way the sisters entered the wedding venue was very beautiful. We are sure that Neeti Mohan’s wedding would only mean a new addition in the group of four. We hope that their love grows with each day!