When the heir to the biggest business empire of India gets married, the wedding is bound to be one legendary one. We are still not over the wedding of Akash Ambani and Shloka Mehta, which concluded with a glittering reception on 10th March. While this wedding has given us a lot of exciting moments to cherish, Akash Ambani’s baraat is our favorite from this big fat wedding. Don’t believe it? These videos from the baraat will make you believe that Bollywood is not only great at stage performances but can fire up a baraat also. We loved how Ranbir Kapoor and Shah Rukh Khan danced with the groom Akash Ambani. Even, Nita Ambani, Mukesh Ambani and Isha Ambani were seen grooving with the Bollywood stars, Kiara Advani, Karan Johar at the baraat of Akash Ambani. So, lets not keep you waiting!

The Grand Baraat of Akash Ambani 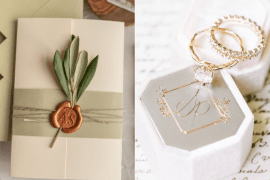 Unique Wedding Trends We Spotted At The Recent Weddings!

Bollywood Celebrities Who Inspired Us With Their Intimate Wedding!