The world is gearing up for the royal wedding of the year and we just want to fill you up will the important information that you should know about the prince and his soon-to-be princess. Yes, we are talking about the wedding of the youngest son of Princess Diana, Harry and the sensational, Meghan Markle. Prince Harry and Meghan Markle are the two names on everyone’s lips these days. There is so much to these two people which will blow your mind. Until the royal wedding takes place, let’s get to know more about the soon-to-be royal couple.

Meghan Markle and Prince Harry make a powerful couple but they both come from two opposite worlds. Meghan is an accomplished actress who was recently seen in American legal drama series, Suits. She is also a model. On the other hand, Prince Harry is a member of the British Royal family. He has served in the British army and participated in the war of Afghanistan.
Recommended Read: 18 Gorgeous Indian Christian Brides We Spotted At The White Weddings Recently 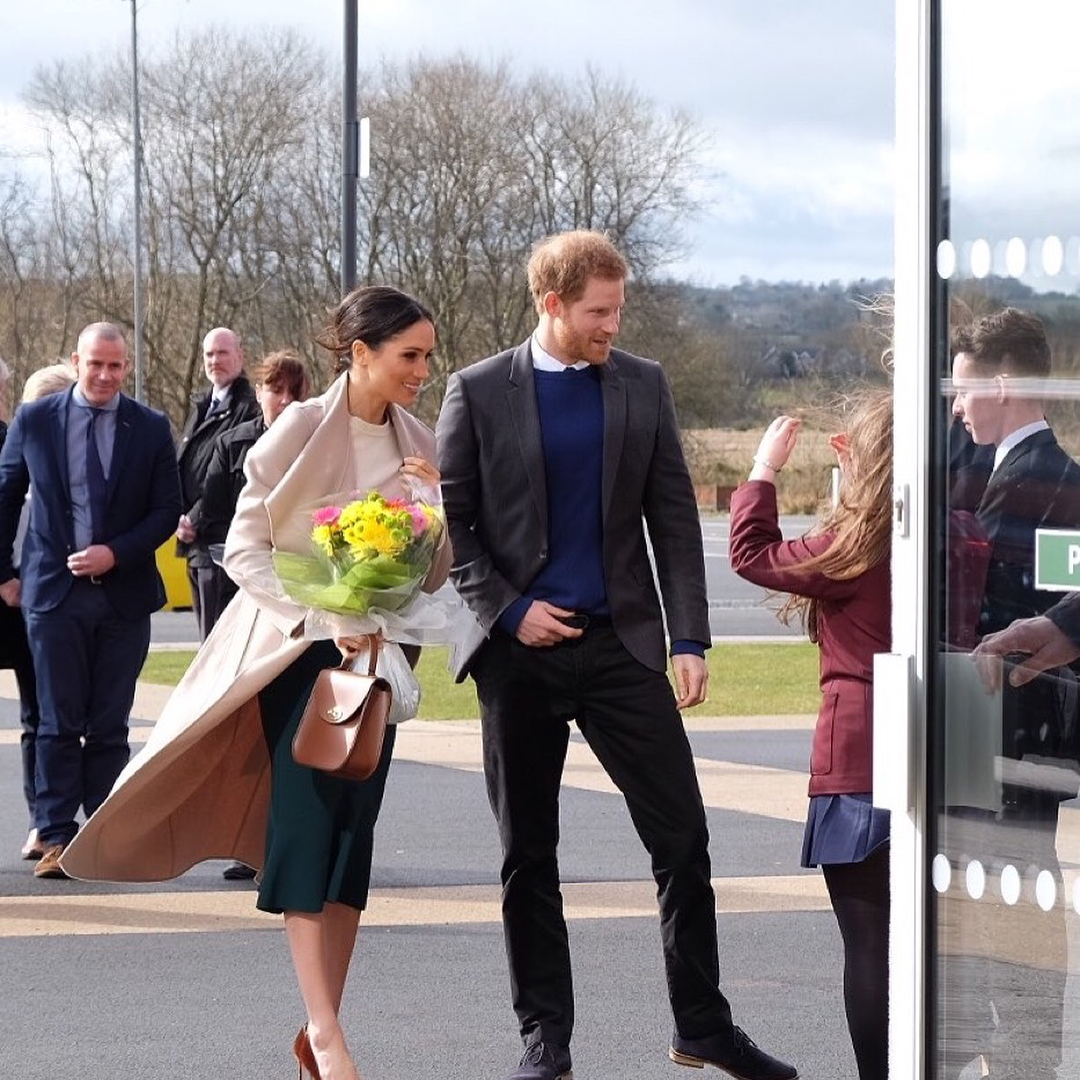 Both Prince Harry and Meghan Markle believe in giving to the society. Meghan Markle has been a part of United Nations Entity for Gender Equality and the Empowerment of Women. She identifies herself as a feminist. She has travelled to countries like Afghanistan to spread the awareness of gender equality. Like his fiancé, Prince Harry is also involved in humanitarian work. He has many charities under his name and is working towards making this world a better place for orphans and the families of the veterans.

Prince Harry has been associated with a few women in the past. He was once rumoured to be dating Kate Middleton’s younger sister, Pipa Middleton as well. The only affair that Prince Harry has ever confirmed is with Meghan. Meghan was married to actor-producer, Trevor Engelson. They got married in 2011 and divorced after two years in 2013. She began dating Prince Harry in 2016.
Don’t Miss: 5 Most Stylish Indian Celebrity Brides Of 2017 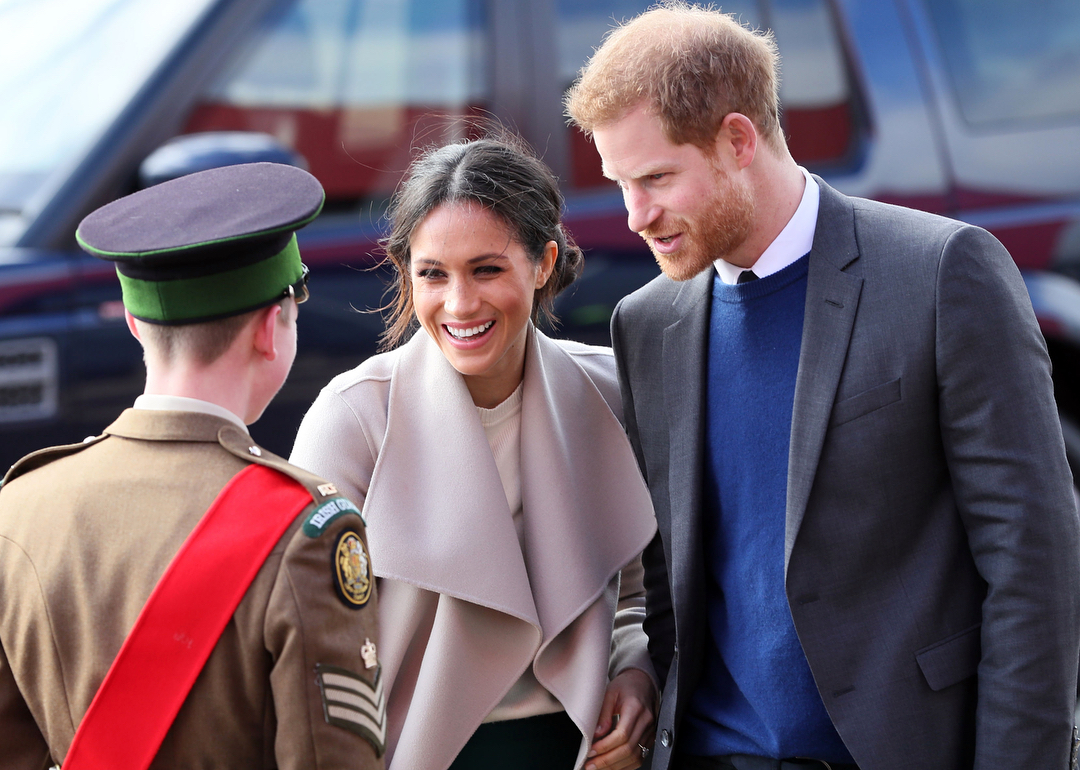 Prince Harry and Meghan Markle met on a blind date. They had absolutely no clue about what they were signing up for. The only thing that Meghan confirmed with her friend was whether her blind date is a kind person. The two felt an instant connection and made plans for their second date before the first one ended. 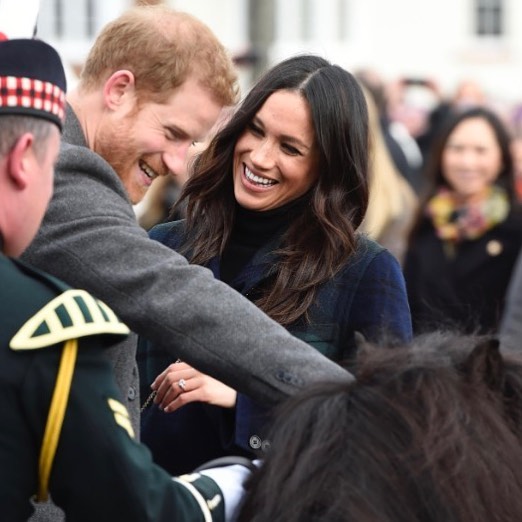 Meghan and Prince Harry are two famous people but they didn’t know much about each other before they actually sit down for a date. Since Meghan grew up in America, she wasn’t accustomed to the royal ways of England. This turned out to be good for them as they got to know about each other without any tags attached to them.

Meghan Markle claims that she is a foodie and the couple confessed that they love cooking together. It was during one of their cooking sessions, while they were trying to roast the chicken, Prince Harry popped the question. The excited Markle couldn’t even let him complete the question and asked him if she could say ‘yes’ straight away. 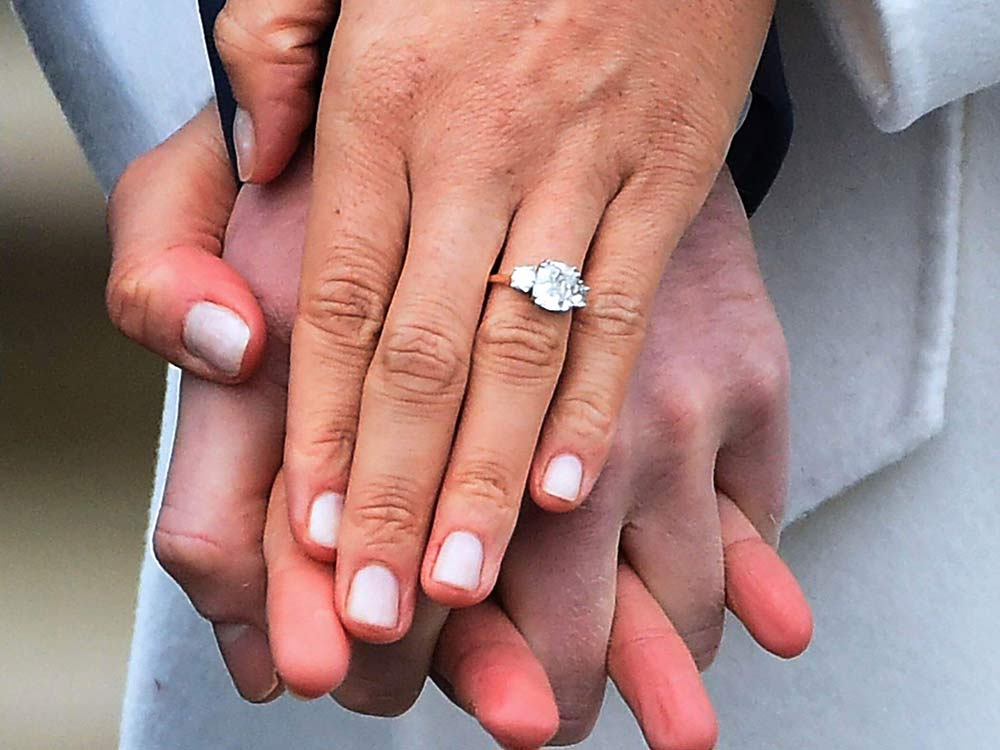 About a month into their courtship, the Ginger Prince persuaded Markle to join him on a safari in Botswana, Africa. They camped out and enjoyed each other’s company there. The ring that Harry gave to Markle has a big diamond from Botswana and two other diamonds from his late mother, Princess Diana’s jewellery collection.
Also, check out these Dreamy Cocktail Rings From Indian Designers For Your Reception Night! 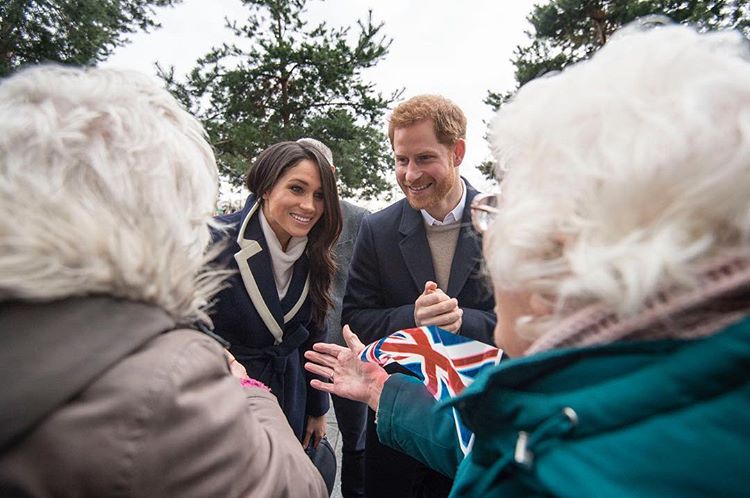 The grand wedding will take place in St. George’s Chapel at Windsor Castle, London. It will be a summer wedding and the ‘save the dates’ are sent out for May 19, 2018. The wedding will be followed by a royal reception and then an intimate reception hosted by the newly-married couple.

9. No More Social Media And Suits

Following her engagement with Prince Harry, Meghan Markle is expected to follow the royal protocols. She deleted all of her social media accounts to maintain the privacy of the couple. Meghan even finished shooting for her series, Suits and called it quits. She will be moving to England as the couple wants to spend most of their time in the commonwealth countries. 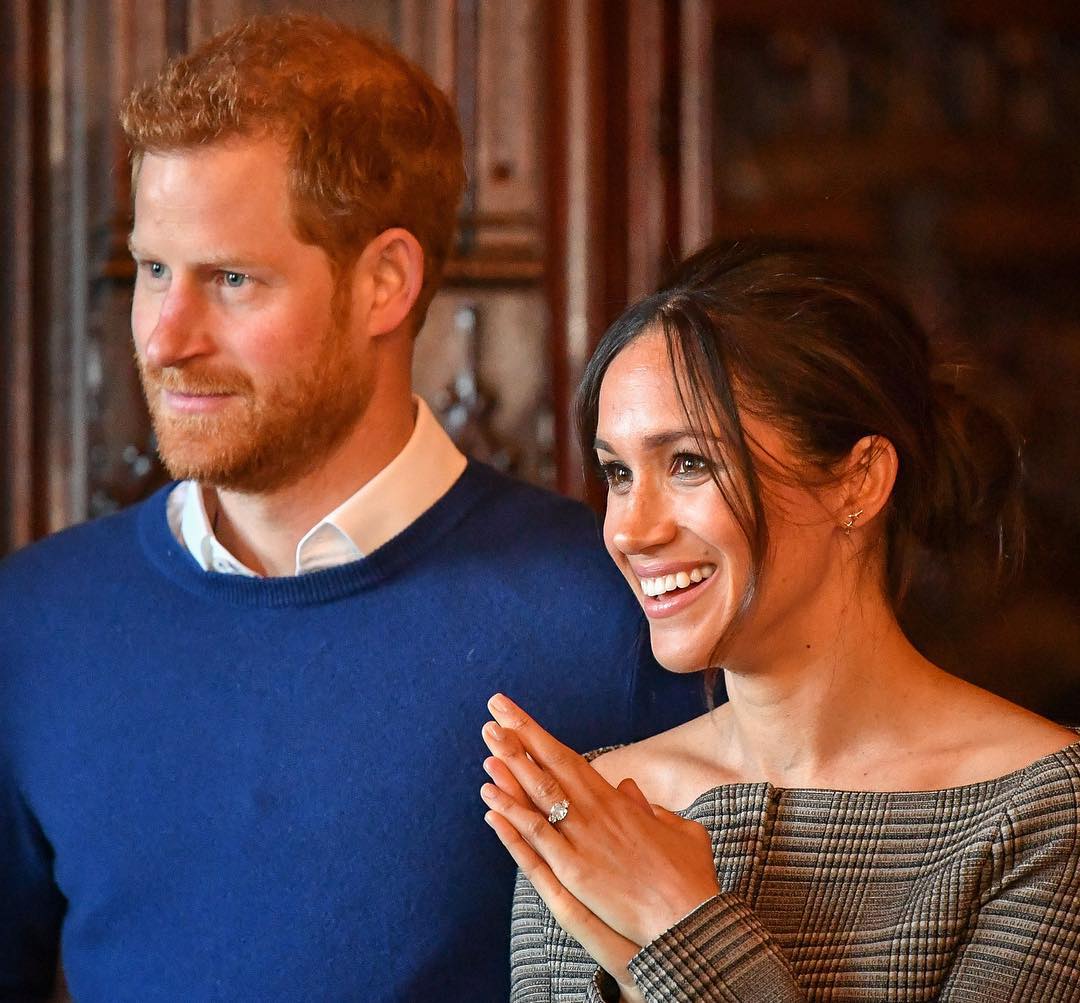 As per the royal traditions, Prince Harry will be bestowed with a title on the day of his wedding. He is most likely to become the Duke of Sussex. By the law, Meghan Markle will become the Duchess of Sussex. The interesting thing is that Meghan will be the first ever Duchess of Sussex.
Don’t Miss: The Glamorous Cruise Wedding Of This Business Tycoon And This TV Actress Will Leave You Mesmerised 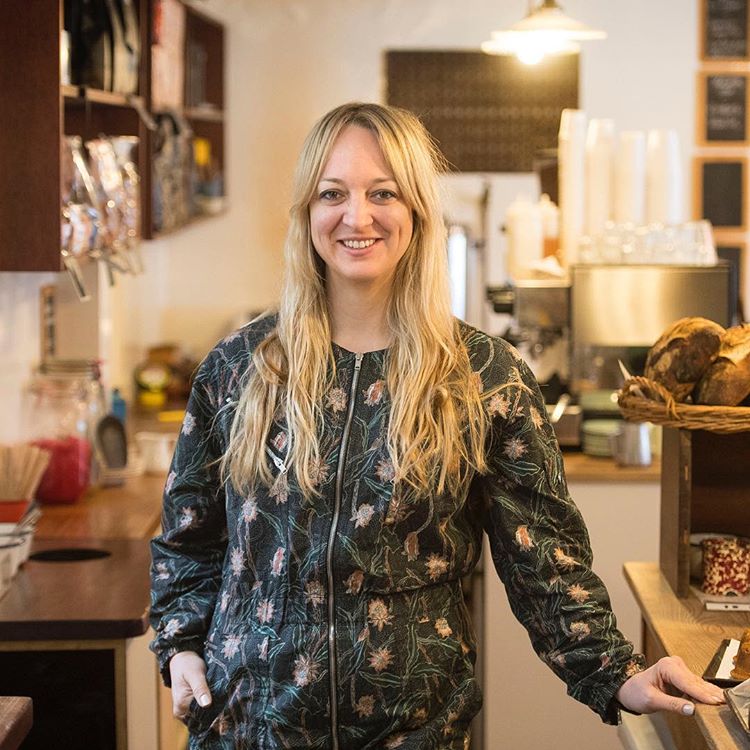 Meghan Markle and Prince Harry have chosen pastry chef Claire Ptak, owner of the London-based bakery, Violet by Claire Ptak, for their wedding cake. As quoted by official account of Kensington Palace, the couple has asked Claire to create a lemon elderflower cake that will incorporate the bright flavours of spring. It will be covered with buttercream and decorated with fresh flowers.

The wedding invite of the couple has been created by Barnard & Westwood. The white invites feature black text made using die-stamping. They also feature the Three-Feathered Badge of the Prince of Wales printed in gold ink.
Loved this royal invite? Also check as India’s Leading Wedding Invite Designers Reveal Top 5 Trends To Expect In 2018 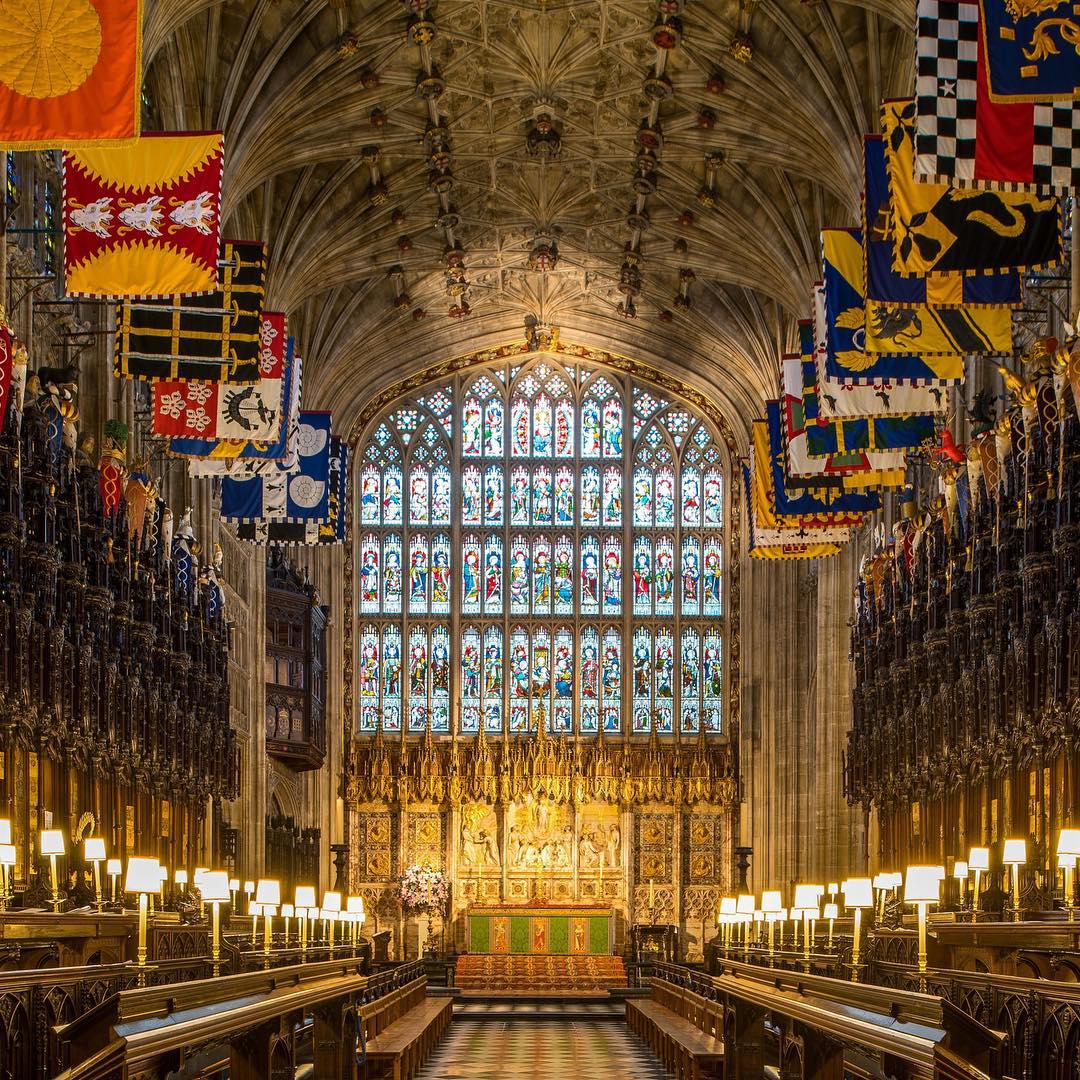 Prince Harry and Meghan Markle will read the wedding vows on May 19 at St. George’s Chapel at Windsor Castle in England. The wedding will begin at 12 noon which will be followed by a carriage procession at 1 pm around Windsor Town and then the reception will take place at St. George’s Hall. Later that evening, a private reception will be hosted for the couple and their close friends and family by Prince of Wales.

Some of the star performances expected at this royal wedding are by Ed Sheeran, Sir Elton John, the Spice Girls and the Foo Fighters. 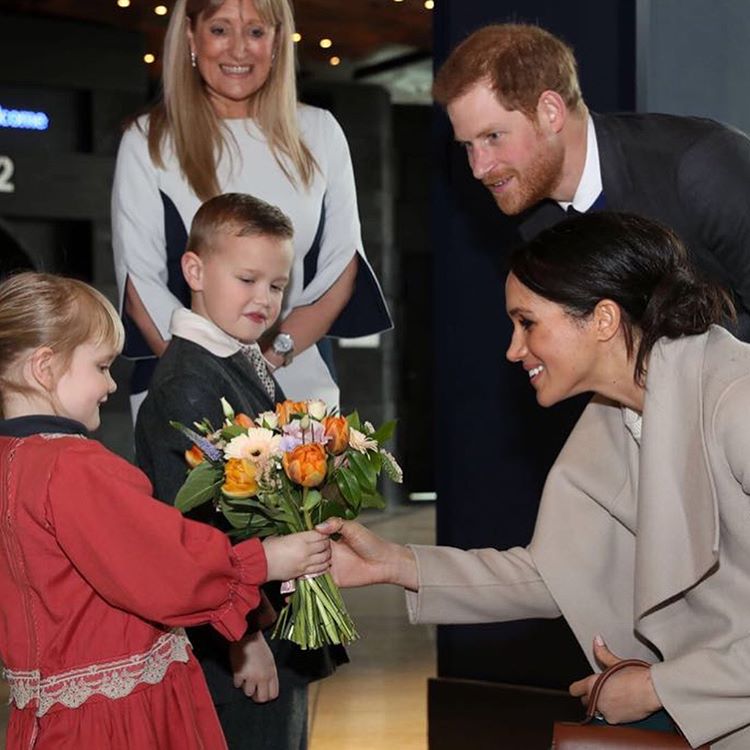 There would be approximately 2,640 guests present at this royal wedding. As per a statement by the Kensington Palace,

“The couple has asked that 1,200 people, from all corners of the UK, be selected by lord lieutenants, including young people who have shown strong leadership and those who have served their communities. Also invited into the castle grounds are 200 people from charities and organisations close to Prince Harry and Markle, including those which Prince Harry serves as patron. Other guests will include 100 pupils from two local schools, 610 Windsor Castle community members, and 530 members of The Royal Household and The Crown Estate.” 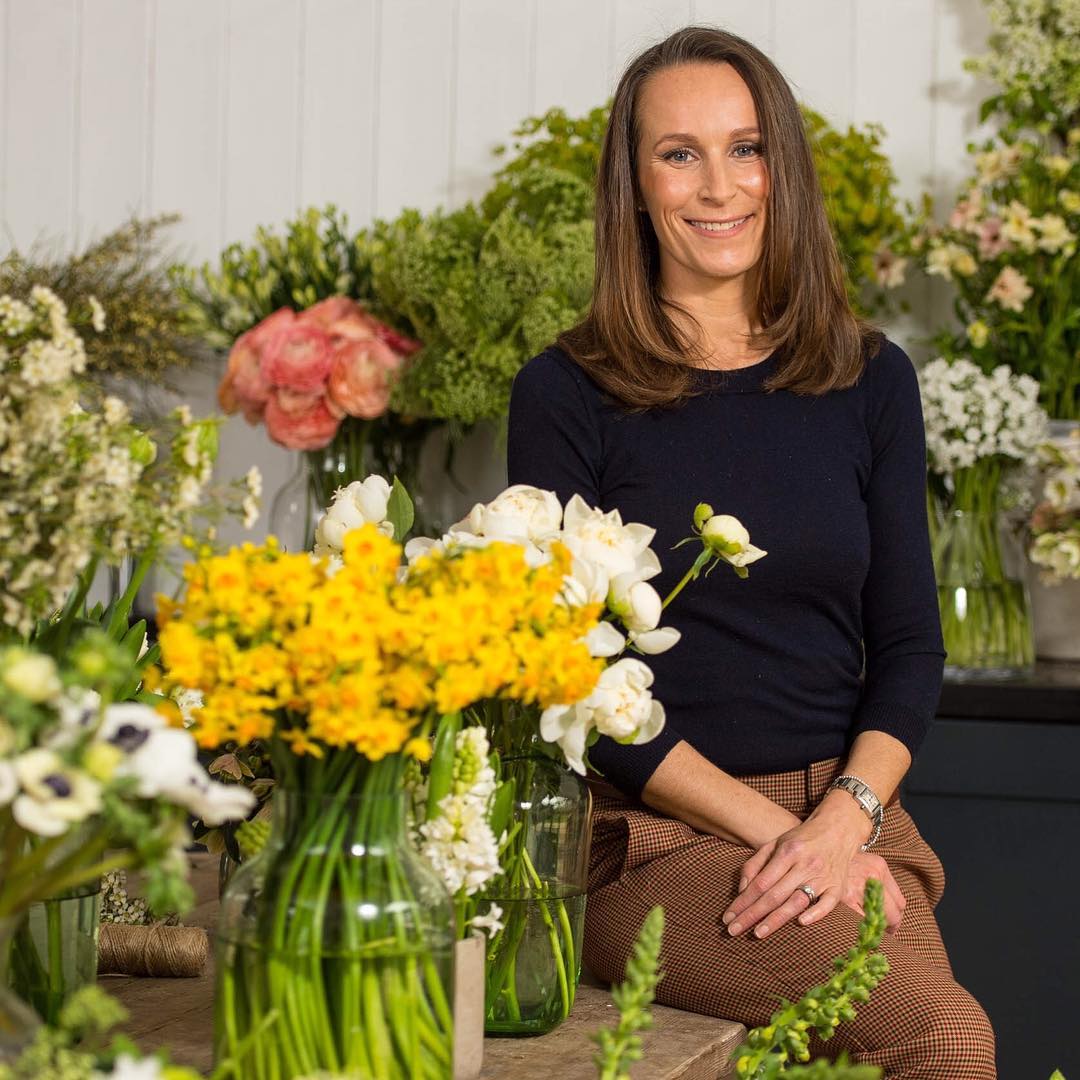 Prince Harry and Meghan Markle have chosen the London-based florist, Philippa Craddock to dress up their wedding venue. An announcement was made by the Kensington Palace that stated,

“Prince Harry and Ms. Meghan Markle have chosen floral designer @philippacraddock to create the church flowers for their wedding. The displays in St George’s Chapel will feature foliage from The Crown Estate and Windsor Great Park, and will use seasonal plants including branches of beech, birch and hornbeam, as well as white garden roses, peonies and foxgloves. The designs will reflect the wild and natural landscapes from which many of the plants will be drawn. The Royal Parks will also supply pollinator-friendly plants from their wildflower meadows. These plants provide a great habitat for bees and help to sustain healthy and biodiverse ecosystems.”

Recommended Read: 13 Fabulous Ways To Style Up Your Wedding Celebrations With Genda Phool
The world is eagerly waiting to witness another royal wedding. Meghan Markle and Prince Harry are very compassionate people and seeing them together fills everyone with love and happiness. Their royal wedding is going to be one of a kind. We are all geared up to see the couple as they address their subjects from the royal balcony. Stay with us to get all the updates of this royal wedding. 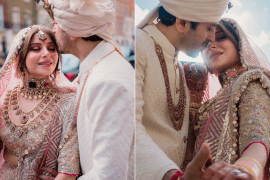 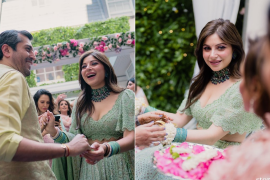 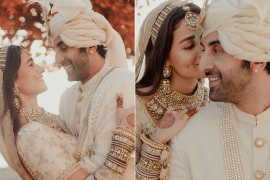