Ever since the country’s power couple Virat Kohli and Anushka Sharma tied the knot, they have been breaking the internet with their larger than life celebrations. The wedding celebrations that began with a grand destination wedding in Italy on December 11 was followed by a lavish reception in Delhi on December 21. And, the big fat celebrations of this lovely couple concluded with another reception party in Mumbai on December 26.

While we gave you every deet of Virushka’s wedding, now it’s time to tell you all about their royal reception parties!

The first reception party of the couple took place on December 21 in Virat’s hometown New Delhi. Both Anushka and Virat rocked their reception look in Sabyasachi outfits and jewellery. Here, have a look at these lovelies: 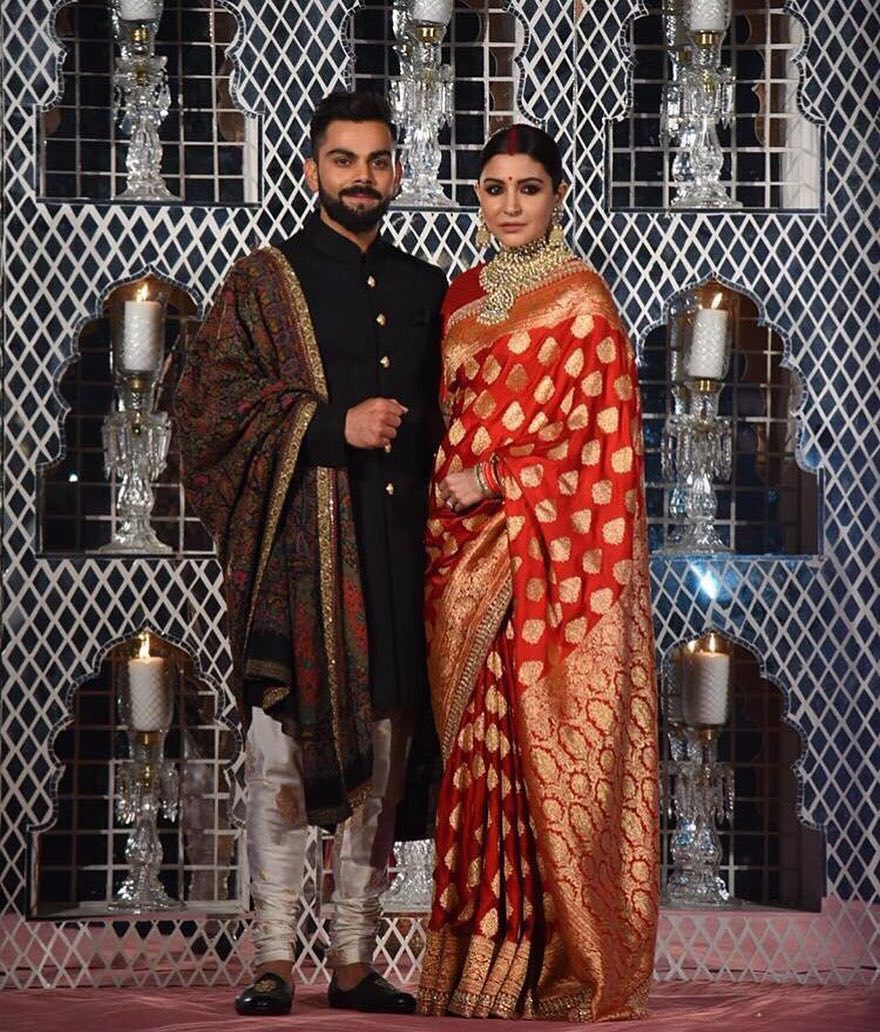 They look oh-so-gorgeous in their royal attire, don’t they? And here come some candid clicks of these lovebirds: 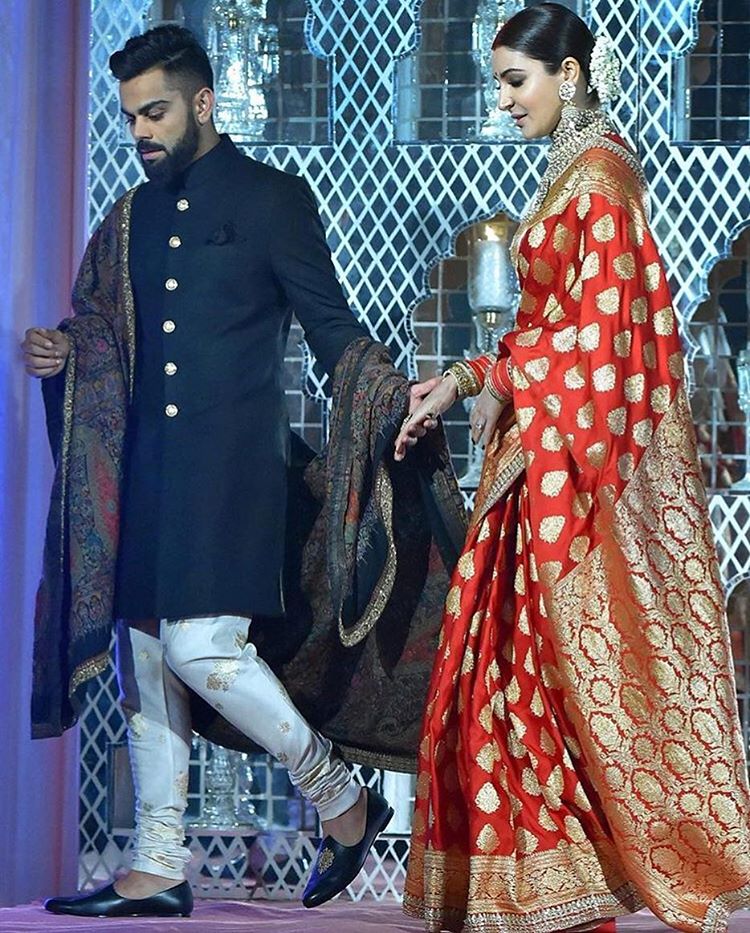 The high-profile guest list at their Delhi reception included a lot of cricketers. However, the highlight of the evening was when the couple was visited by PM Narendra Modi.

And here come more guests from the evening: 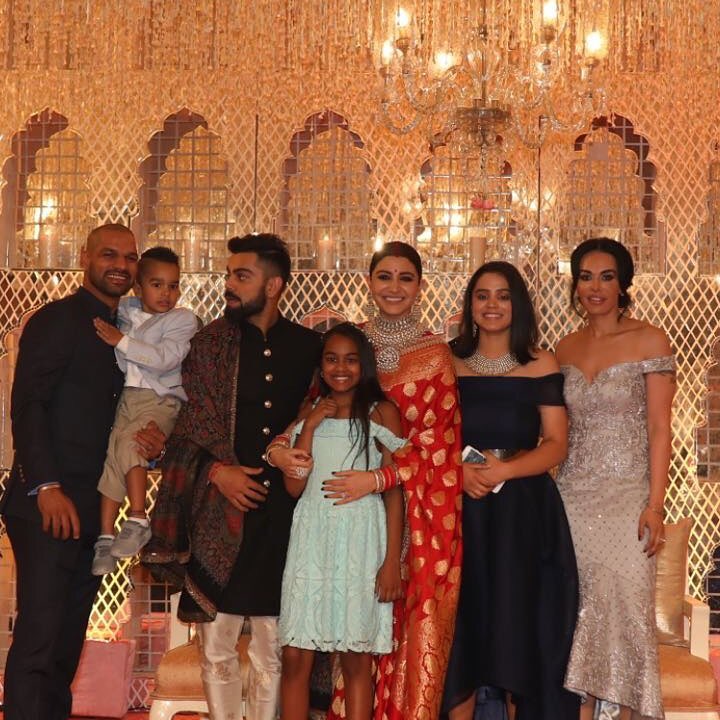 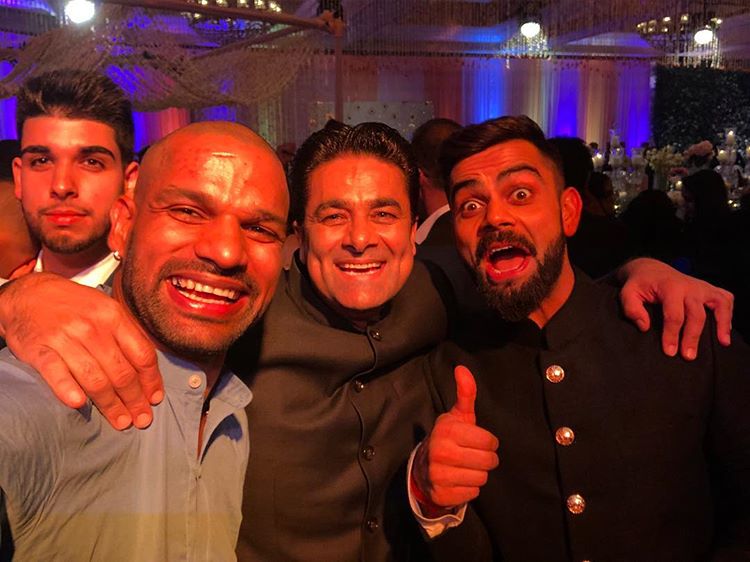 Suresh Raina attended the do with his wife Priyanka Chaudhary

The environment of Virat and Anushka’s Delhi reception was charged up by the legendary singer Gurdas Maan. Check out the newlyweds dancing to the tunes of this legend:

After a magnificent reception in Delhi, the couple hosted another one in Mumbai on 26, 2017 which was attended by who’s who of Bollywood and cricket world. But before we move on to the guests’ list of this grand evening, let us have a look at the gorgeous hosts:

Anushka is slaying it in Sabyasachi all over again and Virat looks dapper in a Raghavendra Rathore creation!

The mandatory getting-ready shot of the bride

The royals make the grand evening even grander

And then he also shook a leg with the newlyweds!

What we wouldn’t give to have @iamsrk as the entertainment at our wedding ?? #Virushka #JabTakHaiJaan. #ViratKohli #AnushkaSharma #SRK 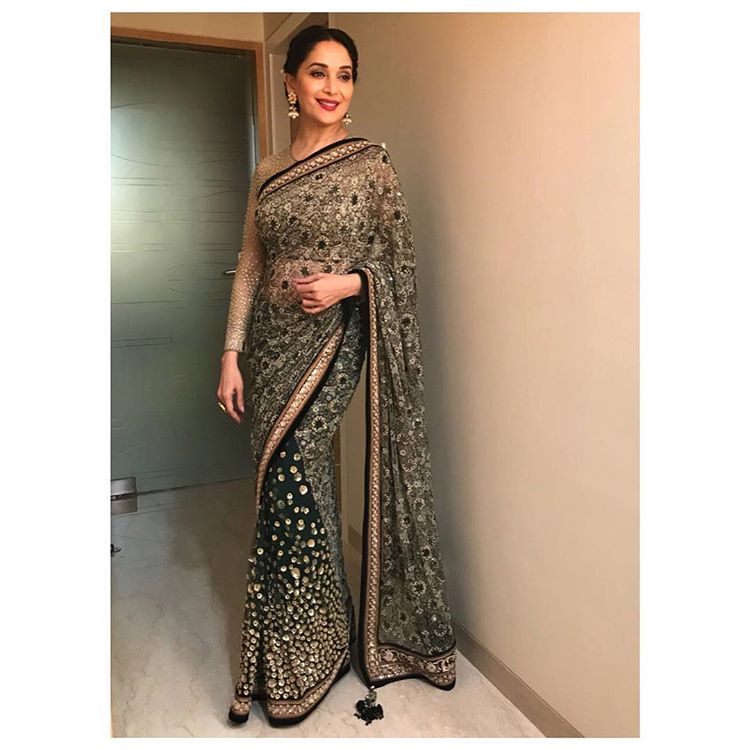 Well, even though the wedding celebrations of Virat Kohli and Anushka Sharma have come to an end, they are sure to remain etched in our memories forever. Here’s wishing an ocean full of love, luck and happiness to the newlyweds!