Cricket champion Virat Kohli and Bollywood beauty Anushka Sharma undoubtedly make one of the hottest pairs presently. Virushka (as their fans fondly call them) as a couple has such a huge fan following that every time these two lovelies are seen together, the world goes crazy.
Well, the Virat-Anushka fans have a reason to rejoice yet again as their favourite couple just took the seven vows. Hold on, not in real but in the latest commercial of Manyavar. The leading ethnic wear brand for men, Manyavar, has launched its women’s wear line named Mohey. While Virat already represents the menswear range of the brand, who better than Anushka could there be to become the face of the label’s female counterpart? 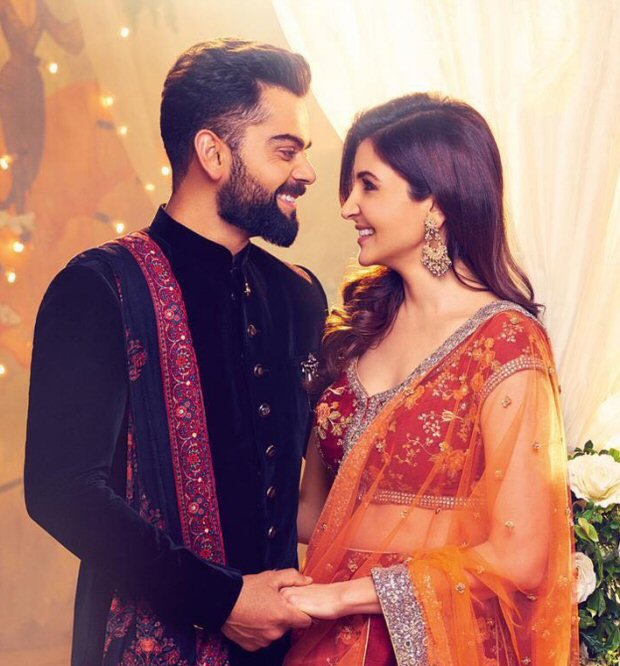 The TVC shows Virat and Anushka attending a wedding wherein they end up taking the seven vows themselves. In fact, the new-age version of the good-old seven vows is so adorable that once you’d listen to them, you certainly would not stop awing over them.
So wait no more and watch the video.
We must say these lovebirds are looking as adorable as always in this lovely Manyavar ad. And we are just not able to get over those beautiful new-age seven vows. Did those vows remind you of someone? Well, then do not shy away from sharing this with them! 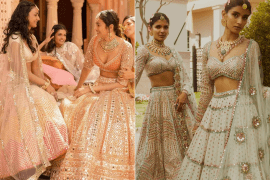 This Real Bride Served Us Some Gorgeous Designer Wear Looks 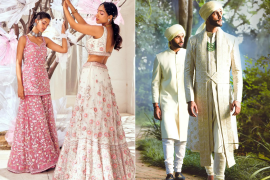 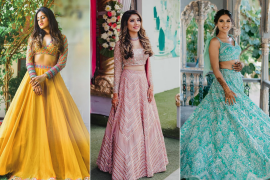 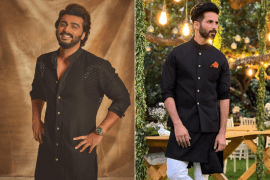 Bollywood Kapoor Men Have Grooms-To-Be Hooked To Their Fashion Statements! 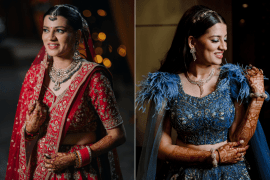 121 Couture Ensured This Bride Looks Like A Million Bucks On Her D-Day!