There’s certainly more than one reason to love our very multi-talented gabru jawaan Diljit Dosanjh. This Punjabi puttar has acquired a strong fanbase not only in India but overseas as well. He has won us over with his peppy dance numbers and witty humor. And his obsession with Kylie Jenner shows us what a hopeless romantic guy he actually is. Diljit Dosanjh has made his mark not only with singing but with his impressive acting skills as well. And it won’t be wrong to say that he leaves a mark of his own every time he graces the big screens, even with noteworthy Bollywood stars in the cast.

He has definitely swept a lot of ladies off their feet with his hilarious online antics and entertainment. And sadly, we can only imagine how he’d be the perfect boyfriend.

Also, check out what Diljit Dosanjh has to say about ShaadiWish.

Here Are 8 Reasons Why We Can’t Stop Crushing Over The G.O.A.T. Diljit Dosanjh–

So we all know that humor is the number one trait that we look for when looking for a guy. And if you’re a Diljit fan then you know how easily he can leave you ROFL with his witty humor and atrangi social media antics. From flirting with Alexa to responding to his fans on Twitter, there’s no platform where he fails to make us laugh.

From folk to hip-hop, there’s no genre that Diljit Dosanjh hasn’t nailed with his versatile singing talent. While his ‘Ishq Di Baajiyan’ melts our hearts, his hip-hop banger ‘G.O.A.T.’ on the other hand makes us feel like a badass. He has taken the Punjabi hip-hop scene by the storm and his overseas sold-out concerts are proof of that. His hits like Patiala Peg, 5 Taara, Proper Patola, Radio, and many more are just some of the examples that one can hear at every Shaadi or party nowadays.

Add these Punjabi wedding songs to your sangeet song lists.

Unlike many known celebrities, Diljit Dosanjh has never shied away from speaking up or taking a stand against national issues. His recent debate with Kangana Ranaut over the farmers’ issue has attracted a lot of attention and for all the right reasons. His unabashed will to stand for justice and spread awareness about sensitive issues makes us fall more in love with him. This just goes to show that if you’re privileged enough to influence the younger generation then leading them in the right direction should be one’s responsibility. He’s certainly unafraid to speak his mind and we love him for that. 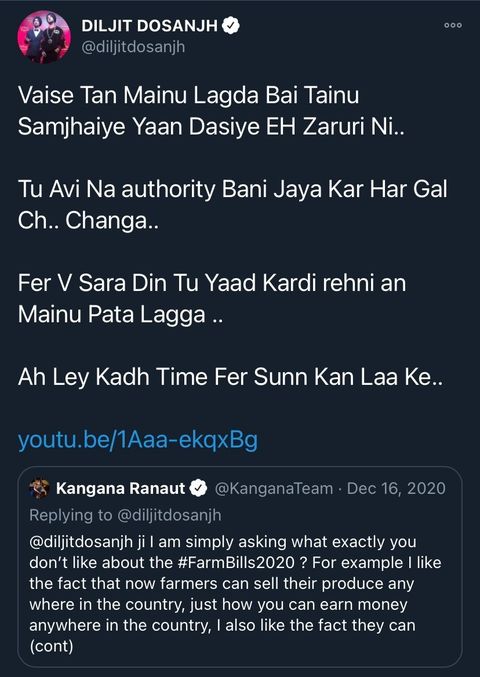 He recently tweeted his Platinum Tax certificate on Twitter, in response to rumors that an Income Tax investigation was going on against him. 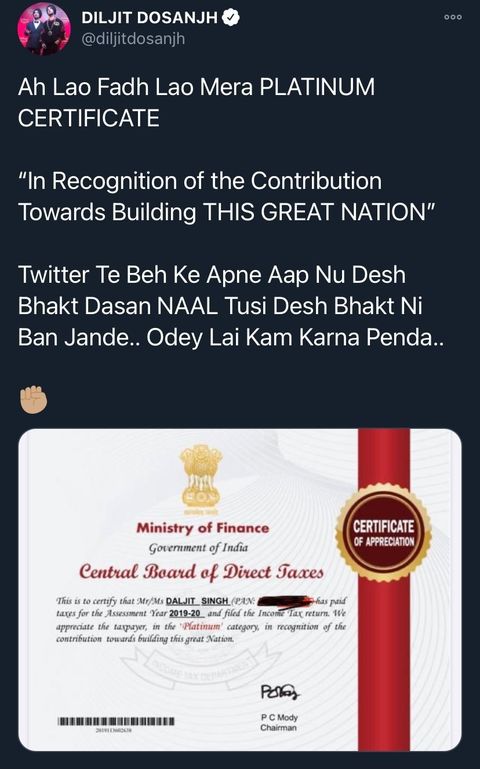 We’re pretty sure everyone is aware of Diljit Dosanjh’s undying love for international celebrity Kylie Jenner. While it might break a lot of girl’s hearts seeing Diljit openly confess his love to Kylie, his open declaration also gives us boyfriend goals. Someone who’s not afraid to profess his love for you in front of the whole world.

If you don’t know who Rambo is, don’t even call yourself a Diljit Dosanjh fan. His ‘paw-fect’ little furry friend Rambo manages to steal the limelight every once in a while. Diljit’s banter with his pet dog Rambo often leaves us in splits and gives us a peek into his relationship with his dog. And isn’t that just icing on the cake? Diljit and Rambo, what a combo! LOL 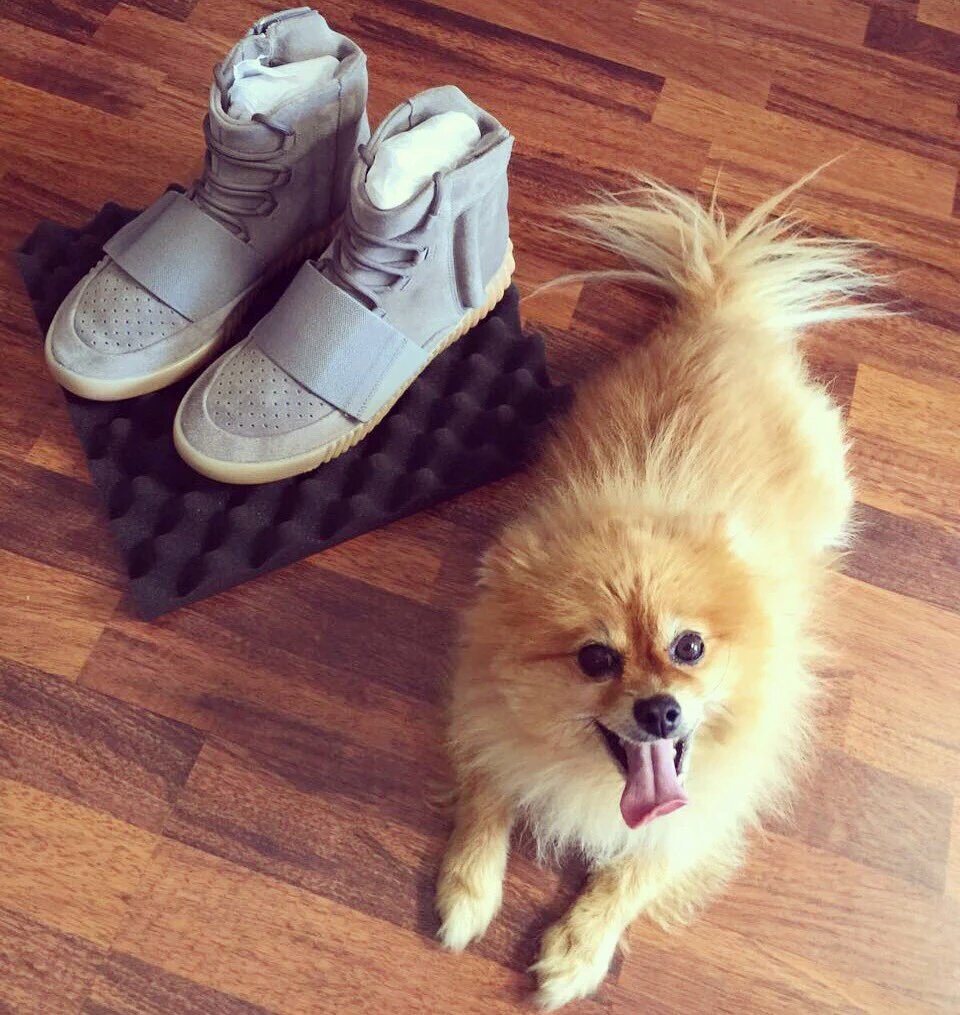 Here’s how you can include your ‘paw-some’ friends at your wedding.

Diljit Dosanjh’s fashion sense is at par with his innumerable talents. His fashion-forward choices of clothing and his amazing sneaker collection have definitely inspired a lot of people. With cool jackets and colorful shoes, his hip-hop look has turned a lot of heads for all the right reasons. 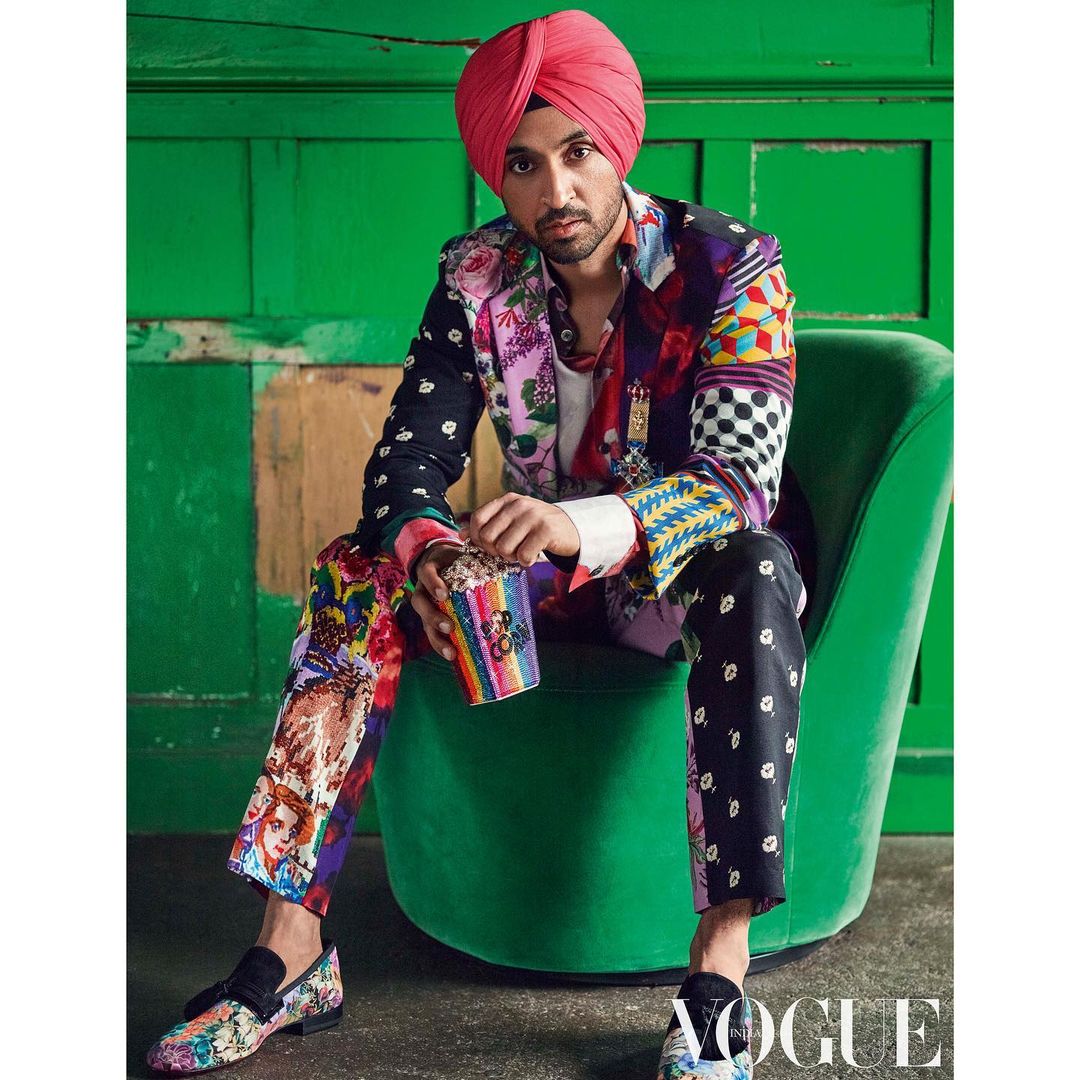 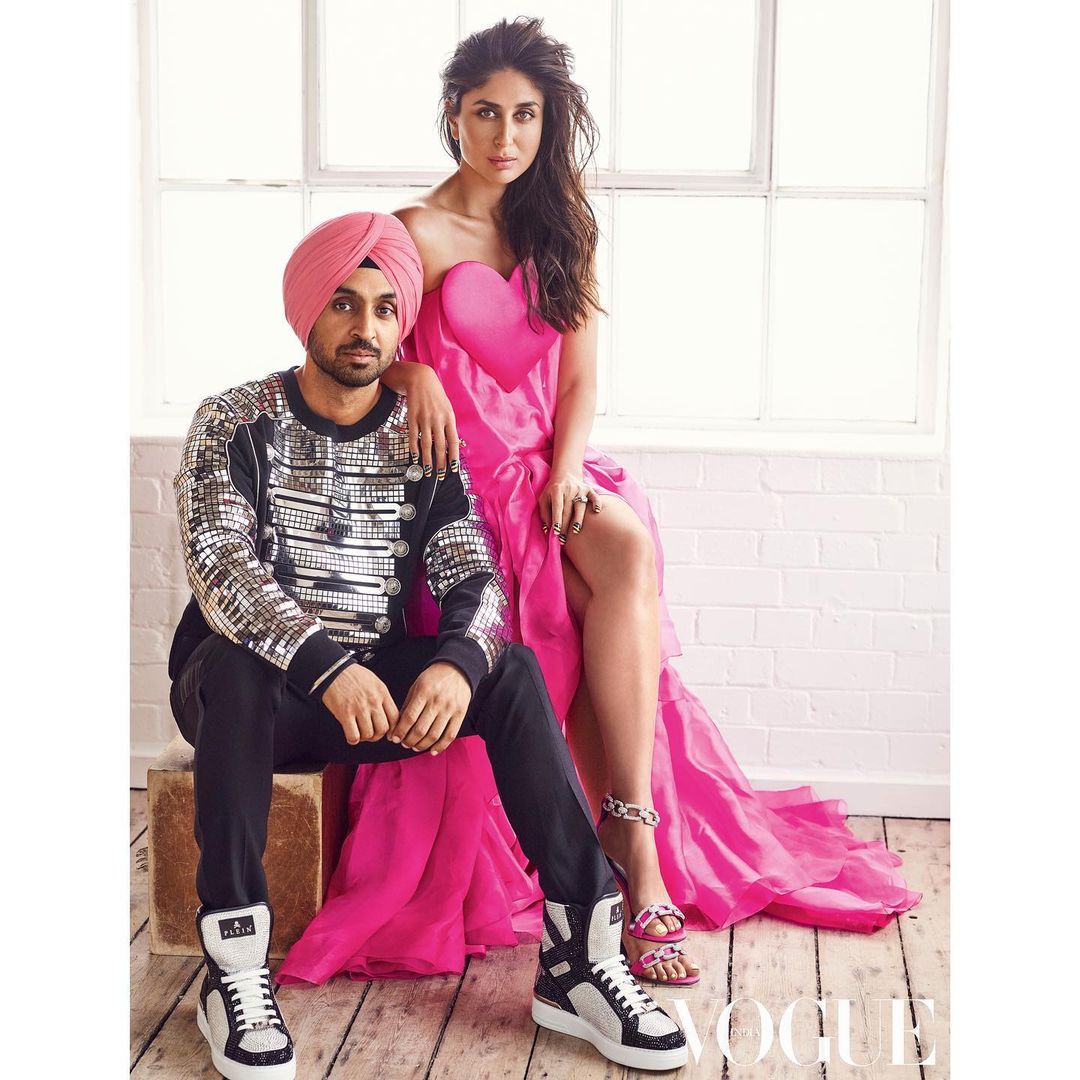 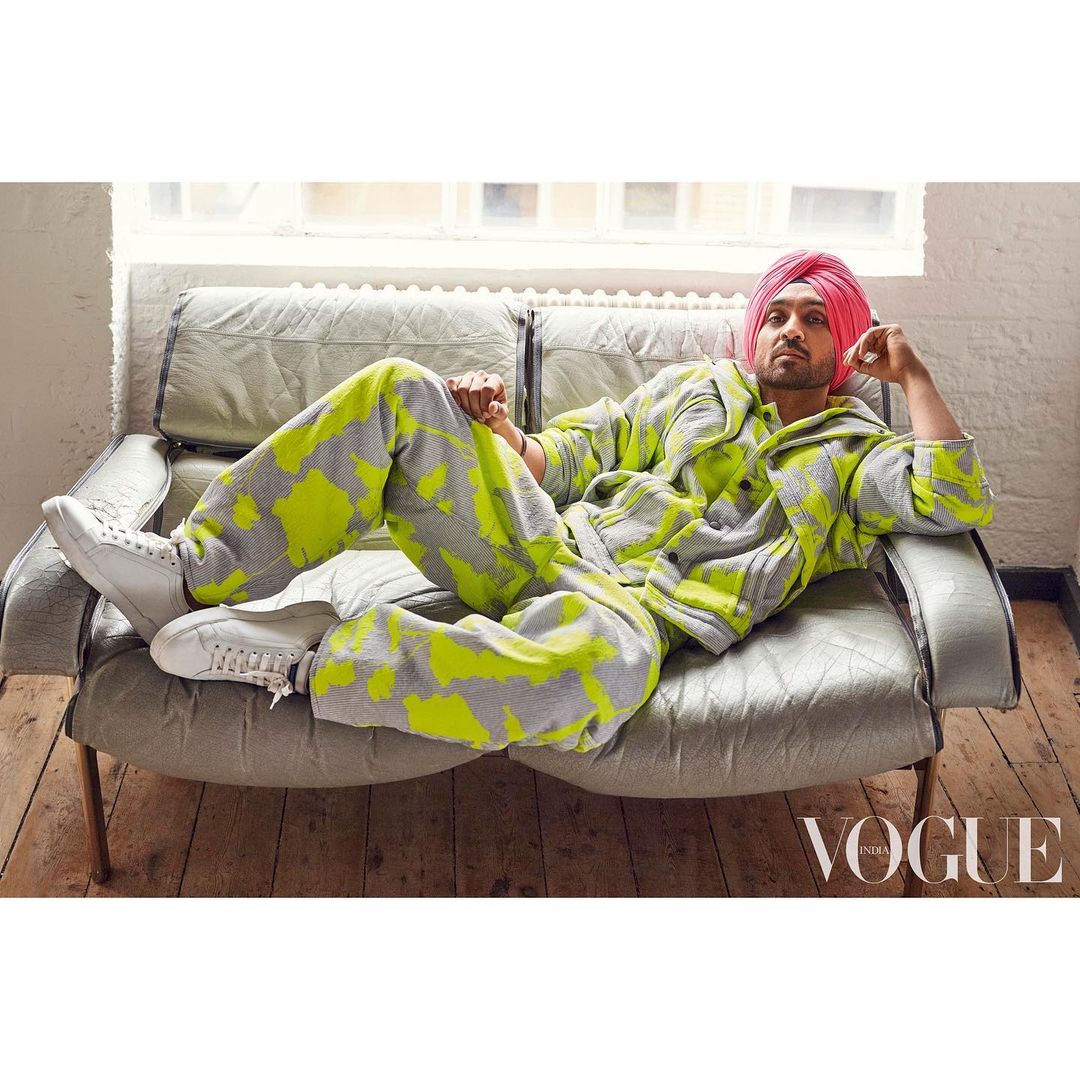 Diljit Dosanjh is undoubtedly a powerhouse of entertainment. Whether it’s dancing, acting, singing, or taking a social stand this gabru jawaan is not afraid to take on any challenge. We admire his talent and courage and are grateful for his contribution to the entertainment industry. It goes without saying that he can light up any dull moment and is going to make some girl very happy with his funny and caring nature. (We’re not jealous, you are!)

Last but not the least, his humble and down-to-earth nature is a very admirable quality of his. Despite reaching new heights in his career, Diljit Dosanjh still manages to keep his feet on the ground. His innumerable interviews have time and again showed us how dignified he is with his words. Diljit never forgets to express his gratitude for how far he’s come and credits it all to his hard work and the love of his fans. Isn’t he the best? That was rhetorical, by the way.

Do we need to say more? We think not, but if you have something to add feel free to comment down.

Don’t miss out on ShaadiWish approved wedding entertainers for a fun-filled celebration. 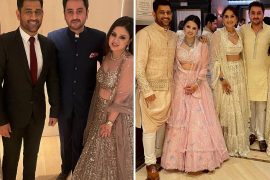 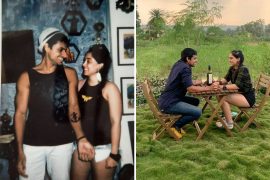 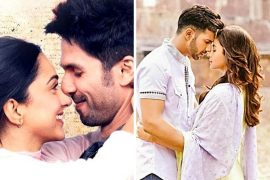 Romantic Bollywood Songs You Can Dedicate To Your S/0 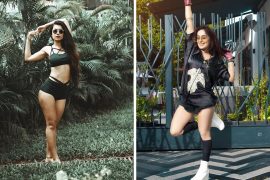 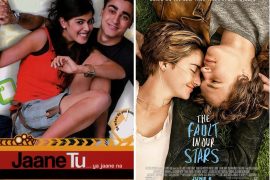 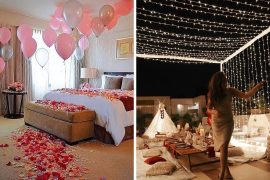