“Even though our families have known each other for a long while, Akib & I incidentally met the first time at another wedding. What started off as a casual conversation became something more. Akib decided that I was the one for him and after we finished our studies asked his Dad to send the Rishta to my house! My father was also impressed by him and when he asked me to marry him, it just felt right to say yes!
Though it was sort of arranged, we fell for each other so intensely that time stood still after. He isn’t just my husband, he is my support system. We knew from the start that this was it for us. We could never imagine otherwise.”
Mehreen shares her story with us and we cannot help but notice how totally dreamy the pictures are and the couple, they’re so made for each other.
After an informal engagement in 2015, a formal function along with the Nikah ceremony took place in Delhi on 22nd December 2016. Akib & Mehreen’s wedding celebrations were as joyous and beautiful as them. This ravishing duo celebrated their special day with close family and friends.
The engagement ceremony happened at the Taj Mahal Hotel, Mansingh and was exemplified with pink roses and gold & ivory accents. Akib looked dashing in the Rohit Gandhi + Rahul Khanna suit and Mehreen shines in this Anjalee & Arjun Kapoor peach gown. She went for a befitting hair do and her makeup was done by the celebrated artist Ambika Pillai. They posed for some vintage themed shots and looked glorious in this avatar. The fanciful cake was the star of the evening, of course after the bride & the groom. 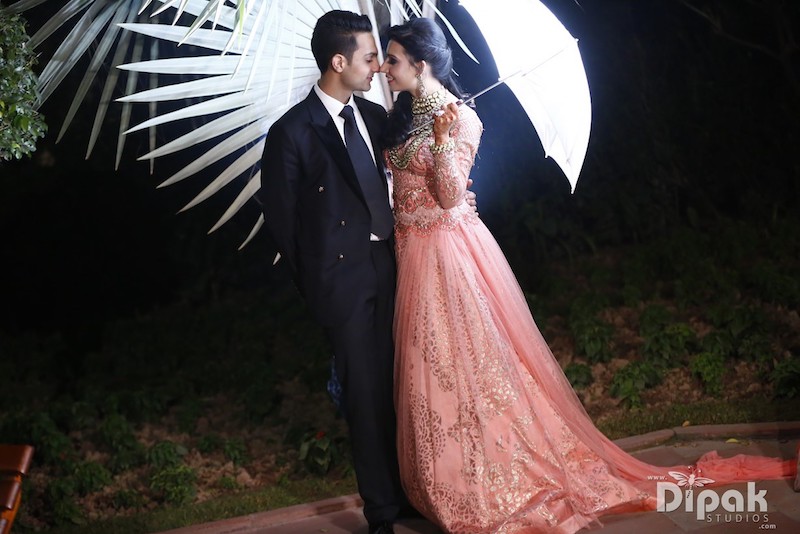 While the bride get’s ready for her man!

When I see your face, there’s not a thing that I would change, ‘cos you are amazing, Just the way you are! 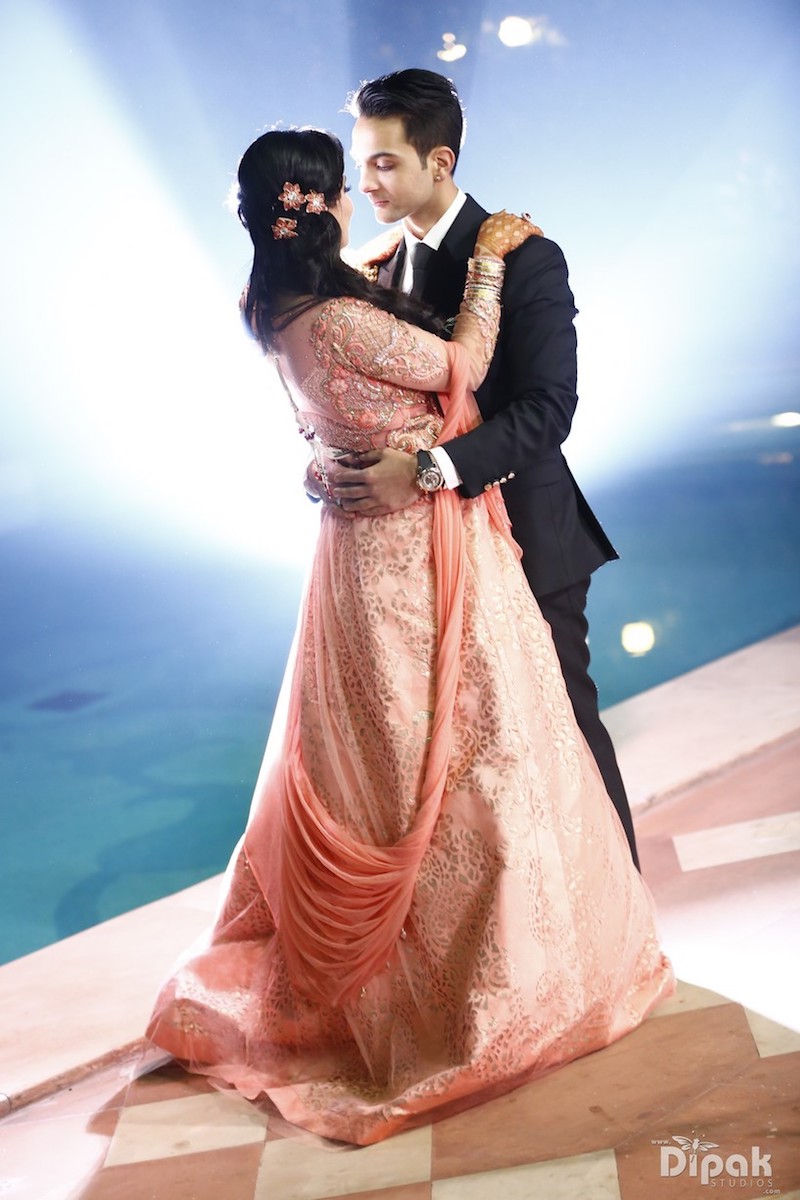 The Nikah Ceremony took place at Chattarpur the following day. With an exciting entrance and lot of celebrations, both the bride and the groom make an appearance that was worth remembering. The bride’s emerald green Aza lehenga along with the groom’s Shantanu & Nikhil outfit had that regal éclat which made them no less than king and queen. Mehreen’s makeup for the Nikah was done by artist Rishabh Khanna and she looked radiant in jewellery from Blues Jewellery, Delhi.

The deep colors, the glittering background and them, just so much love! 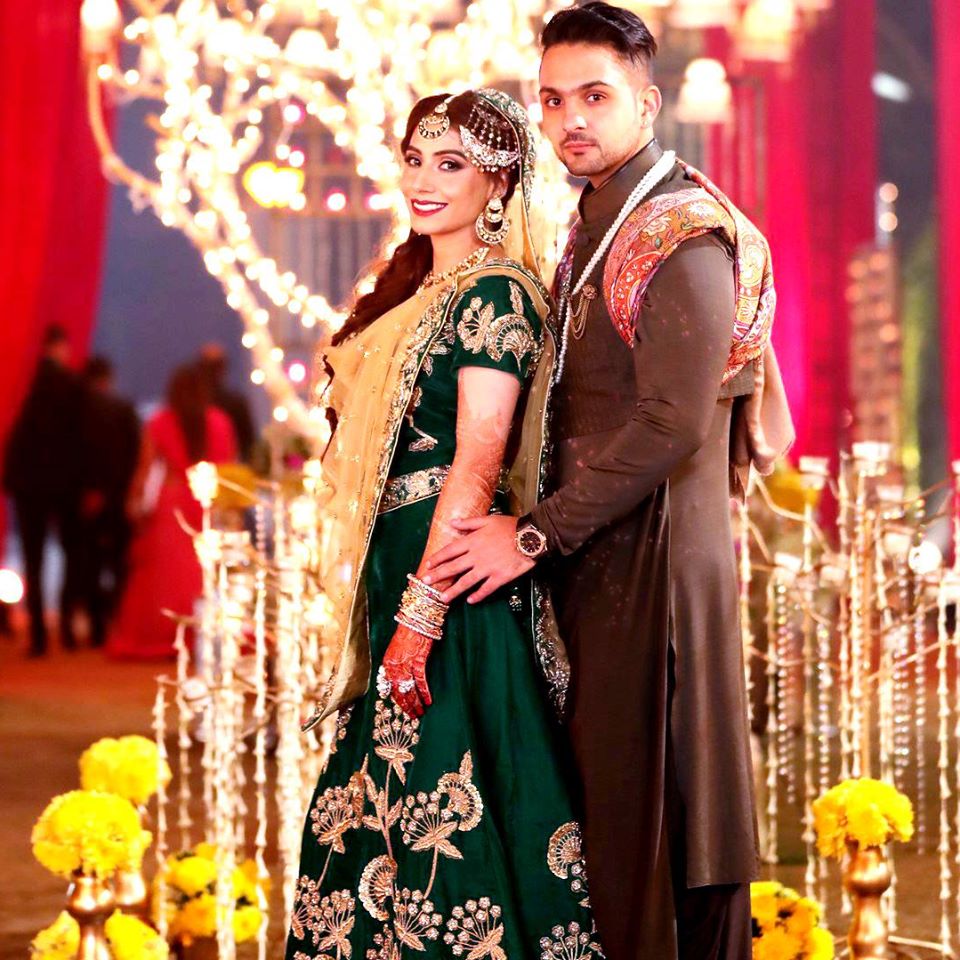 The Blushing bride’s traditional Passa, kadas and chand balis stand out while she waits for her groom. 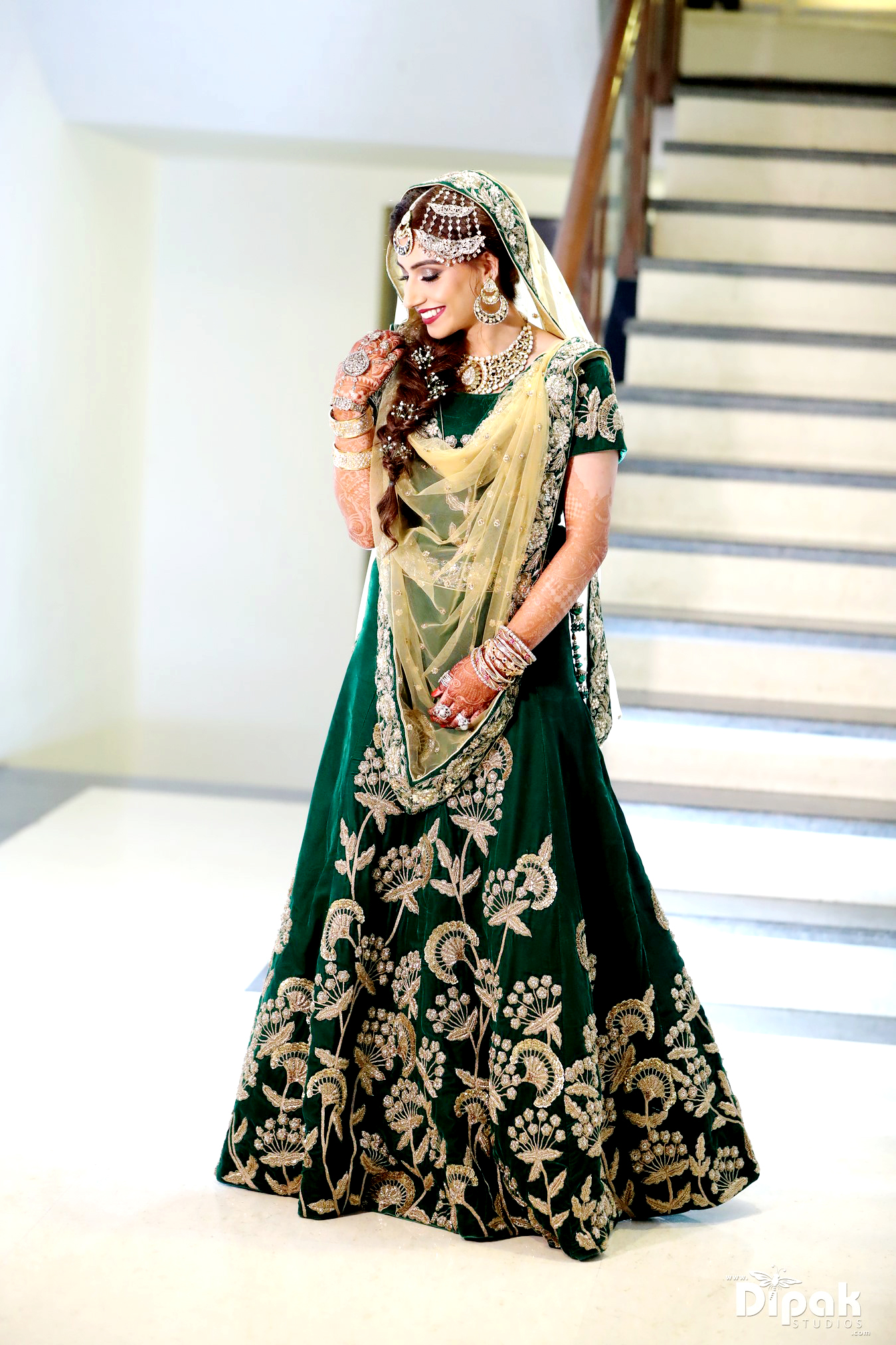 How graceful is she, when she does Adab! 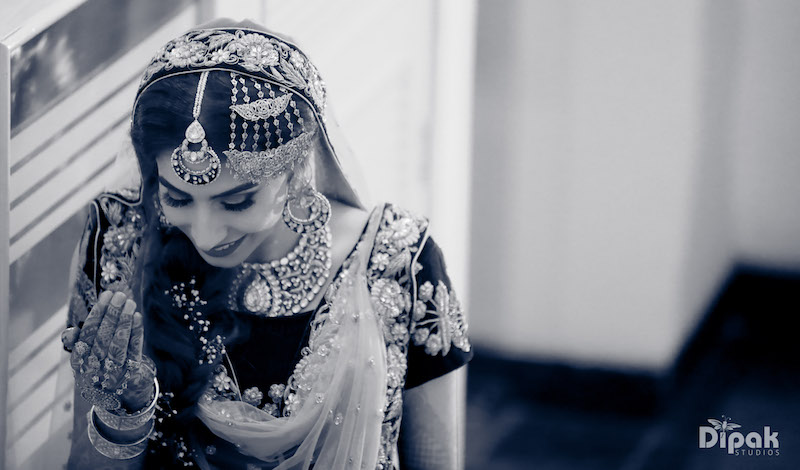 We wish them a wonderful journey ahead and look forward to their summer wedding! 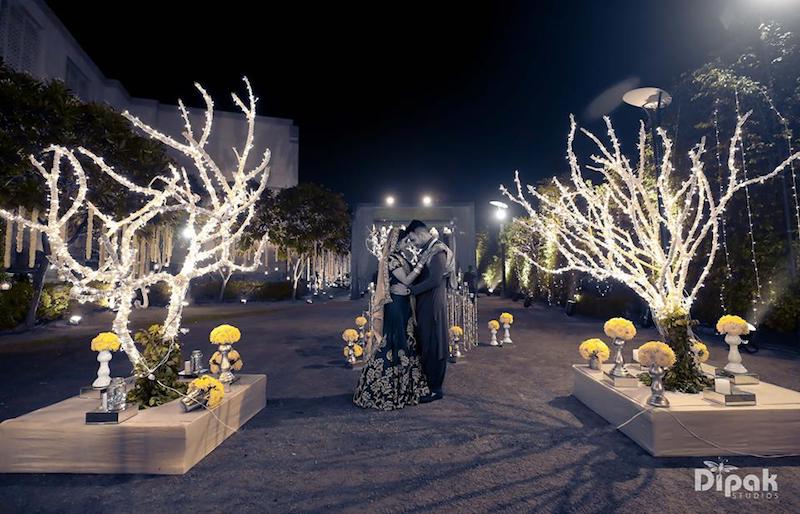 Dipak Studios has captured their Nikah ceremony so delightfully, we can feel the love in the air.

Bride’s Outfits: Anjalee & Arjun Kapoor, Aza
Groom’s Outfits: Rohit Gandhi + Rahul Khanna, Shantanu & Nikhil
Location: Taj Mahal Hotel, Mansingh, Chattarpur Farms
Photographer & Videographer: Dipak Studios
Makeup Artist: Ambika Pillai, Rishabh Khanna
Jewellery: Blues Jewellery
Attention: Newlyweds!
We at ShaadiWish believe that every love story is beautiful and unique. Do you want to share this crazy, magical feeling with the world? Would you like to inspire the rest of them with the your story and how it came to life? Let’s celebrate the art of love across cultures, borders and style together. If you would like your love story to be featured, please share your wedding day pictures and story with us at participation@shaadiwish.com 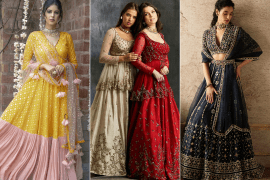 This Couple’s Pahadi Wedding Pictures Will Warm Your Heart

This Bride Slayed All Her Wedding Looks Decked Up In 121 Couture Outfits! 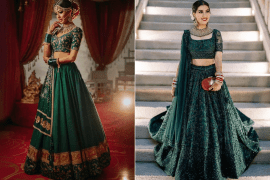 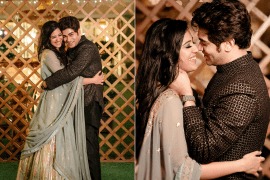 This Adorable Couple Set Some High Goals For A Fun Roka Ceremony! 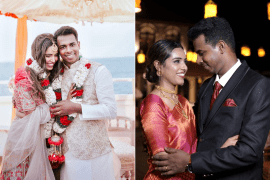 This Destination Wedding In Kerala Had A Blend Of Punjabi-Malayali Cultures!